Belfast based Analytic Records is presenting its 8th release, the ‘Intrusive Thoughts’ EP from Acid Cats.

Originally heralding from Portsmouth, England, the production duo of Richie Collins and James Harrison have been around the house and techno scene from its early inception. James ran a specialist record shop and Richie was promoting an event called Sunday Sessions, this is how they first met. A lifelong friendship was born.

James had been tinkering with production while at university and got his break with Leftfield’s now highly desirable Offshoot imprint. Recording as Sub funk, James found his way into the record boxes of Laurent Garnier, Mr C and Billy Nasty. Meanwhile Richie continued to DJ regularly for various events and pirate radio stations such as; Point-Blank FM.

After a while James hooked back up with Richie in 2021 and the pair immediately gelled like never before. They formed Acid Cats, a heavily 303 influenced sound with a modern take armed with a stack full of tracks in the offing the duo is looking to establish a live act in 2022.

“Intrusive Thoughts feat. Miss C ” Opening the EP you are dropped straight into bubbly percussion with that distinct warehouse vibe. Miss C’s vocals swell into the listening space beckoning in listeners before a relentless stomping bassline drives the track further through its progression. Eerie synth stabs & shuffling hats continue to push the energy forward before the track crescendos prior to the breakdown. This strips the track down nicely to arrange a new build before (you guessed it) filthy acid patterns progress shifting it up gear after gear as the filter sweeps out and the resonance gets filthier and filthier. Intrusive Thoughts is very much a track which is what it says on the tin. 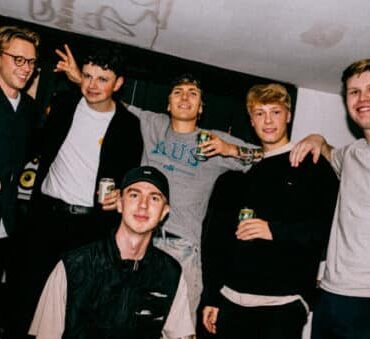 Snavs and his label Riotville Records gathered some of the finest DJ/producers Denmark has to offer, with the purpose to create a compilation that really showcases what the Danish EDM scene is all about. It all started with a Riotville writers camp on the west coast of Denmark, where Snavs and the 4 handpicked producers Willone, Foramic, Vosai, and Thykier got together, and laid the foundation for what would become […]