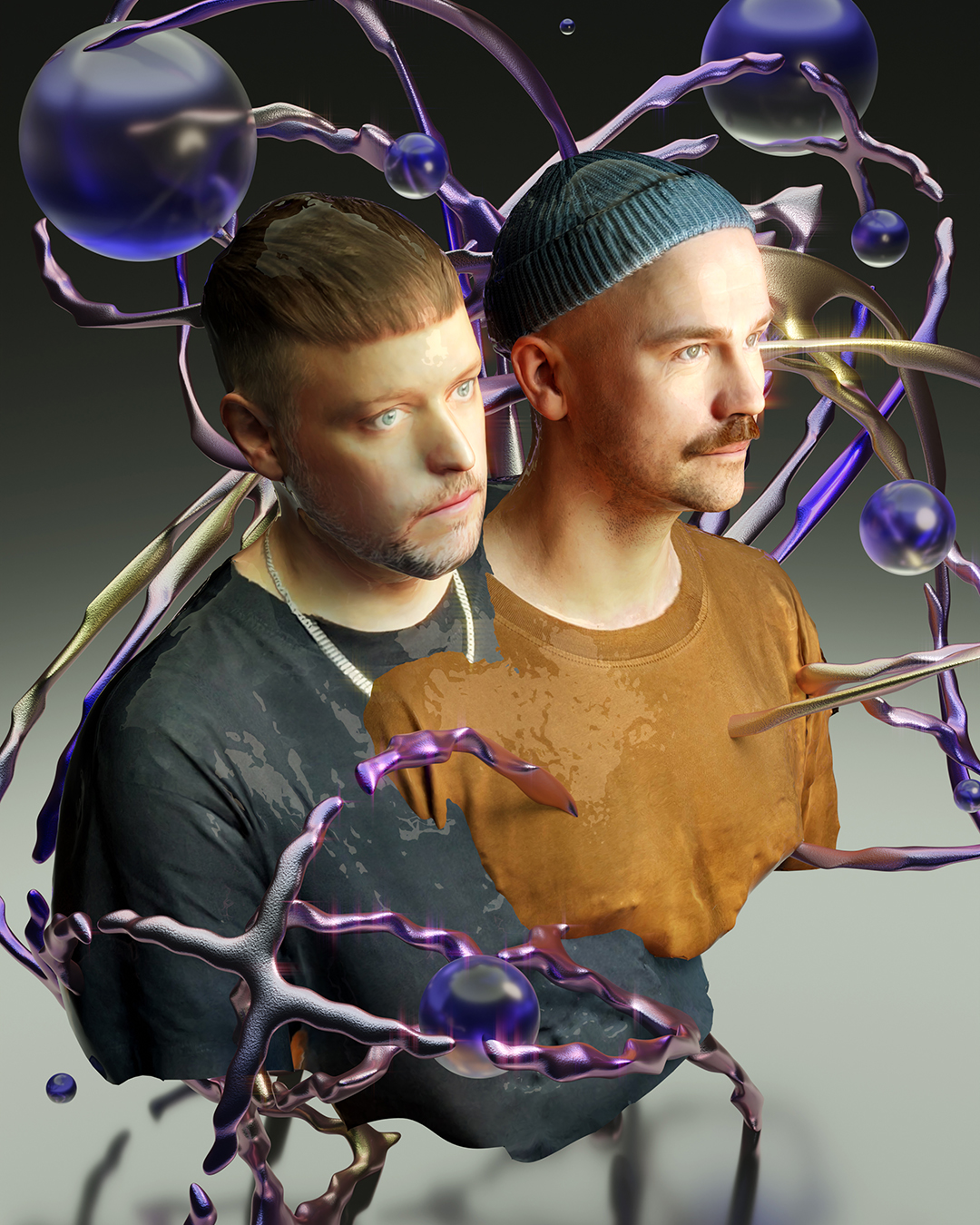 It’s that time of the year when TAU unveils another instalment of its huge compilation series – Spektrum. Now on Volume 4, this Various Artists series is TAU’s channel for showcasing the diversity of the label, introducing new artists to the world and celebrating its existing family members. As always, you can expect the unexpected – an eclectic range of releases that all represent the retro-futurism at the core of the label’s sonic identity. Across sixteen tracks, you’ll be immersed in the world of TAU, so prepare to enter a whole new dimension of sound. This is Spektrum 4…

AIKON steps in to open the compilation with ‘Magenta’. A steady beat ushers us into this track, the Ukrainian producer building the atmosphere with careful consideration, adding layers of synth and percussion to amplify the mood. By the time we reach the breakdown we’re ready for an explosion of energy, which is unleashed with aplomb. One of TAU’s prodigal sons is up next: Echonomist delivers another fresh cut from his label, with ‘Forever Mornings’. Punchy beats, reminiscent of the early days of electro, get this off to a fine start. Gradually, an array of emotive sounds and effects glide in, complementing the morose bassline.

Avangart Tabldot joins the label with ‘Jaxa’, an unusual yet melodic and engaging cut. Organic sounding percussion and bass merge with dreamy pads and a captivating riff, developing into a more lively, energised incarnation after a short breakdown. Then we have ‘Workshop 5’ by SXF, a cut that’s sure to ignite the dance floor. A heady mix of groovy bass, crisp hats, potent drums, and ravey synth lines makes this one a club banger.

First-time TAU artist Johannes Albert follows up with his funky little number, ‘Strata Del Motore’. The beats slap, while an analogue sounding riff builds and evolves, complemented by a symphony of vintage sounds. This one really tells a story from start to end. Desglose comes through with a subdued cut, taking us into the deep end of electronic music. Beautifully composed riffs enchant the listener, while a hypnotic bassline adds to this cut’s engaging charm. A breakdown injects bountiful energy into this cut, with the second half continuing the vibe, albeit with a little more pump. Radeckt continues with the pensive atmosphere, utilising a stuttered riff to great effect. This, along with the development of several key layers that add depth and energetic flow, keeps this cut shifting and progressing. The second half gets more lively, with a spirited melody taking centre stage. Then we have ‘Heroes Call’ by Melbourne’s Gumm, an oscillating cut that has been brought to us from the retro future. Gumm combines pokey beats, a juddering low end and ultra bright synth lines to create an uplifting, euphoric track that will douse the dance floor in positive energy.

And here we are at the halfway line… Let’s roll!

Darlyn Vlys guides us into the second half of Spektrum 4 with his haunting cut, ‘Premiers Symptômes’. This track packs a punch from the get go, with perfectly juxtaposed influences from the retro era and an unwritten future. At the midpoint Darlyn introduces an emotionally charged riff that ignites the track, taking it into another level. Phunkadelica flexes his producer muscles with a slow building track that evolves from a relatively minimal composition into a fully flourished fantastical sonic expedition. Prepare for take off. Adana Twins bring the acid vibes next with Jasmine Azarian. The classic 303 provides the foundation of this raucous cut, called ‘Feel The Acid’, which utilises Jasmine’s warped vocals to devastating effect. Maya Evers enters the fray next with an undulating cut that epitomises the TAU sound; the vibrations emanating from the low end are complemented by crisp percussion, a vocal clip and layers of emotive synth.

TAU family member Upercent is next in line, bringing his distinct production style to Spektrum. No surprise that this track has plenty of unusual sounds and effects, providing a wondrous palette from which Upercent paints a compelling auditory vista. This track shifts through several phases, demon- strating Upercent’s natural talent for making quality electronica. Volar follows up with his deep, entrancing cut ‘The Covenant’. Moody and mysterious, this one grips you from the very first note and capitalises on its hypnotic appeal by increasing the tension as it develops. An earworm melody appears after the 2-minute mark, adding another enigmatic layer. Get ready for the switch up initiated by a mighty breakdown… The penultimate track from Xinobi is a little on the unconventional side, just as we like at TAU. An off-key approach makes this an interesting listen, as Xinobi brings in vocals during the breakdown, leading us into a party jam. Finally, Hardt Antoine closes the fourth instalment of Spektrum with ‘Protektor’, a bass-heavy cut that utilises a simple and highly effective gnarly riff. The energy of this cut is doubly amplified when Hardt offers a slight break in proceedings, before a shift into the electrifying second part of the track.

And there it is, another mega compilation of TAU flavours from an international line up of super talented artists. Every cut has been selected for its quality, road-tested on tour and curated for this extra special collection.

Spektrum 4 – Various Artists is out now via TAU

Sabo‘s record label Sol Selectas welcomes a new EP from rising organic house star Raidho, which also includes remixes by West & Hill, LUM, plus AMÉMÉ & NenaHalena. This is Raidho’s second solo EP on Sol Selectas in addition to his tracks on two different Summer Sol compilations. He has also released tracks on other labels such as Bar 25 Music and 3000 Grad Records. Based in Poland, Raidho is well-known for his flowing tribal rhythms and enchanting melodies which […]