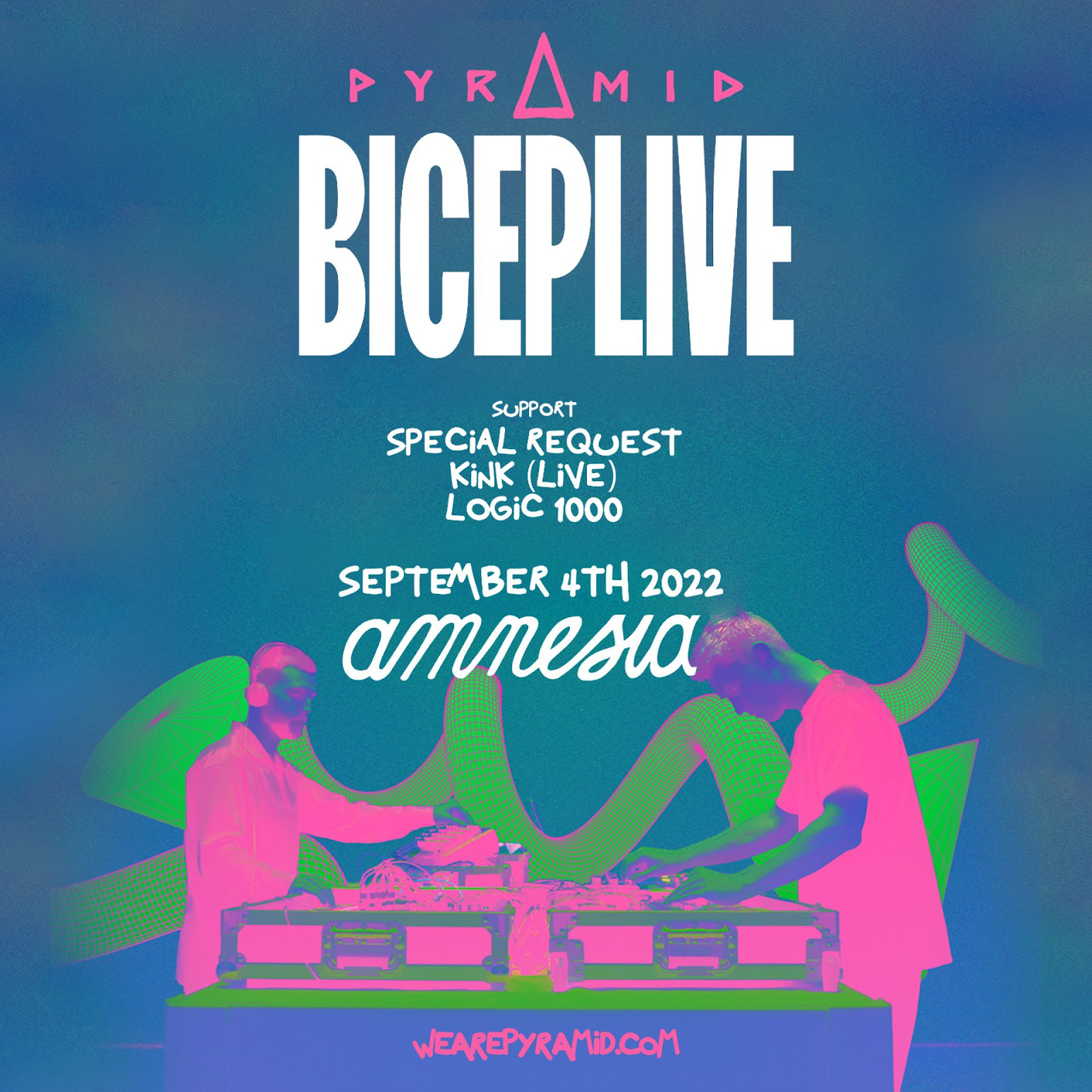 Amnesia Live shows are one of the most essential experiences of any trip to Ibiza. This year will be an historic one as Bicep play an exclusive one-off show on September 4th as part of the Pyramid season. It will be their first ever live show on the island and they are joined by Special Request, KiNK Live and Logic 1000. This is a strictly limited capacity ticketed event that will sell out well in advance so move fast or miss out.

It seems that everything Northern Irish duo Bicep do turns to gold. They are fresh off the back of a sold out and game changing live world tour that has seen them take their sounds to new levels. That came off the back of the huge last album Isles which found them mix up their famously euphoric and polished melodies with meticulous beats. Tracks like Atlas and Apricots helped the pair amass millions of streams and plenty of top chart positions, but in the live area they are truly in a class of their own.

There are many live shows in electronic music but none as epic and adventurous as Bicep’s. It sees the pair play on an array of music making machines, on the fly, tweaking their own classic tracks as well as offering plenty of new sounds that add up to a real emotional roller coaster. To hear it in the epic Amnesia., on such a grand scale and with all its world beating production will be out of this world.

Add in the thrilling Special Request who mixes up bass, jungle, rave and techno with relentless energy, Bulgarian live wizard KiNK’s techno sounds and a set from Logic 1000 and you have one of this summer’s most standout events.

The post Bicep to perform first ever live show in Ibiza at Amnesia for Pyramid appeared first on Only Techno.

Following a slew of impressive separate solo releases over the past twelve months, Dominik Marz and brothers Radial Gaze now team up for an impressive four-track outing on TAU. Both acts have been steadily building their reputations on the underground, maintaining a high level of consistency and captivating dance floors across the planet. The trio have already worked together, dropping ‘Trans’ on Mexican label Duro in 2021. Now they’re back with a full EP, demonstrating the full force of their […]