After making a huge impact on the Ibizan landscape in its first season, Club Chinois has unveiled a finale of closing parties that will leave the island with lasting musical memories. Final gatherings for season residencies include, Ida Engberg, Themba, Luciano, Satori and Pablo Fierro, followed by one big Closing Party on Sunday 16th October with Luciano, Ida Engberg, Clint Lee and Manu Gonzalez. Make sure you purchase your tickets now as these are sure to be special nights.

It has been a historic debut season for Club Chinois. Inside the venue formerly known as Heart Ibiza, this new nightspot brought high-octane and immersive world class events to a meticulously designed space. It boasts a world class sound system with interiors that blend opulent eastern cultures with the hedonism of Ibiza. Acclaimed resident DJs and superstar headline performers have delivered a wide mix of sounds including house, techno and disco each night of the week this season.

Now it all comes to a close, firstly with Ida Engberg presents UNA on Tuesday 13th September featuring Ida Engberg b2b Archie Hamilton – sure to throw up plenty of forward thinking house and techno sounds, as well as Berlin based dreamy, melodic techno innovator Jan Blomqvist along with Serge Devant, Yulia Niko and Airrica.

Monday 26th September sees the closing of the La Troya with the line up to follow.

Swiss-Chilean minimal kingpin Luciano has one last event on Saturday October 1st with a line up to be announced, and Satori closes his magical season with another immersive spectacular on Thursday 6th October featuring a set from him with SORA, Guy Laliberté and Clint Lee.

Saturday 14th October is the closing of Pablo Fierro’s sublime season with line up news to come.

Then there is one final hurrah on Saturday 16th October with some of the season’s favourite DJs returning for one more party. Luciano and Ida Engberg will bring their A-game and by now, know the club and crowd better than anyone, with house talents Clint Lee and Manu Gonzalez adding their own unique sounds.

It has been a special season at Club Chinois, and now there are only a few chances to experience what has been the most vital new addition to Ibiza in many years. 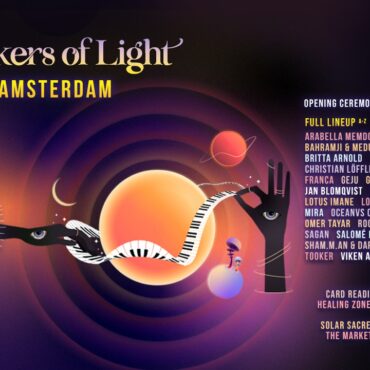 The Gardens of Babylon is an international event series that originated in Amsterdam in 2016. By connecting music with spirituality, they create meaningful experiences wherever they go. The beautiful community that surrounds this fast growing organisation is what signifies them the most. With their unique formula they have connected so many people in more than 20 countries and 30 cities worldwide. The Gardens of Babylon will host three shows during […]