Suleiman is a Canadian record label focused on deep techno and analogue house with immersive atmosphere and tantalising suspense.

Darem Aissa has used Suleiman as the main outlet for his music while also signing tracks and remixes from the likes of Cesare vs Disorder, Onur Ozman, Robert Babicz and Kris Wadsworth. His three original tracks are high-quality productions with warm analogue textures and trippy vocal samples.

Edit Select is a Scottish producer from Glasgow who is well-known for his namesake record label along with his top-selling releases on other imprints such as PoleGroup, CLR, Soma and Planet Rhythm.

“Drop of Oil” opens the release with its lurching bassline and tribal percussion loop, augmented with thrashing high-end percussion and eery pads. Its muffled vocal textures add to the building tension and captivating suspense.

Track two “Syriana” has dramatic strings and dystopian pads layered with an array of vocal textures and fizzing hi-hats. Deep and hypnotic, it draws the listener in with its mysterious atmosphere and rolling groove.

Last of the three originals, “Sunshine” has haunting pads and ghostly textures that radiate ethereal warmth. The pulsating bassline and stripped back percussion help carry the track forward as it unfolds with a majestic and spellbinding flow of emotions.

Edit Select’s rework of “Syriana” transforms the mood and energy of the track. Using industrial pads washed in reverb to create a sense of bleak wide-open space, the remix paints sonic pictures of post-apocalyptic landscapes occupied by the mechanical movements of heavy machinery. Driven by fast-flowing percussion and a thumping kick drum, this dance floor focused rework is in stark contrast to the mood of the original. 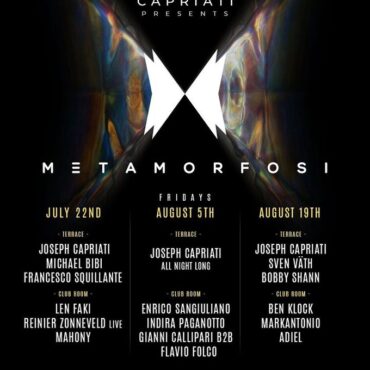