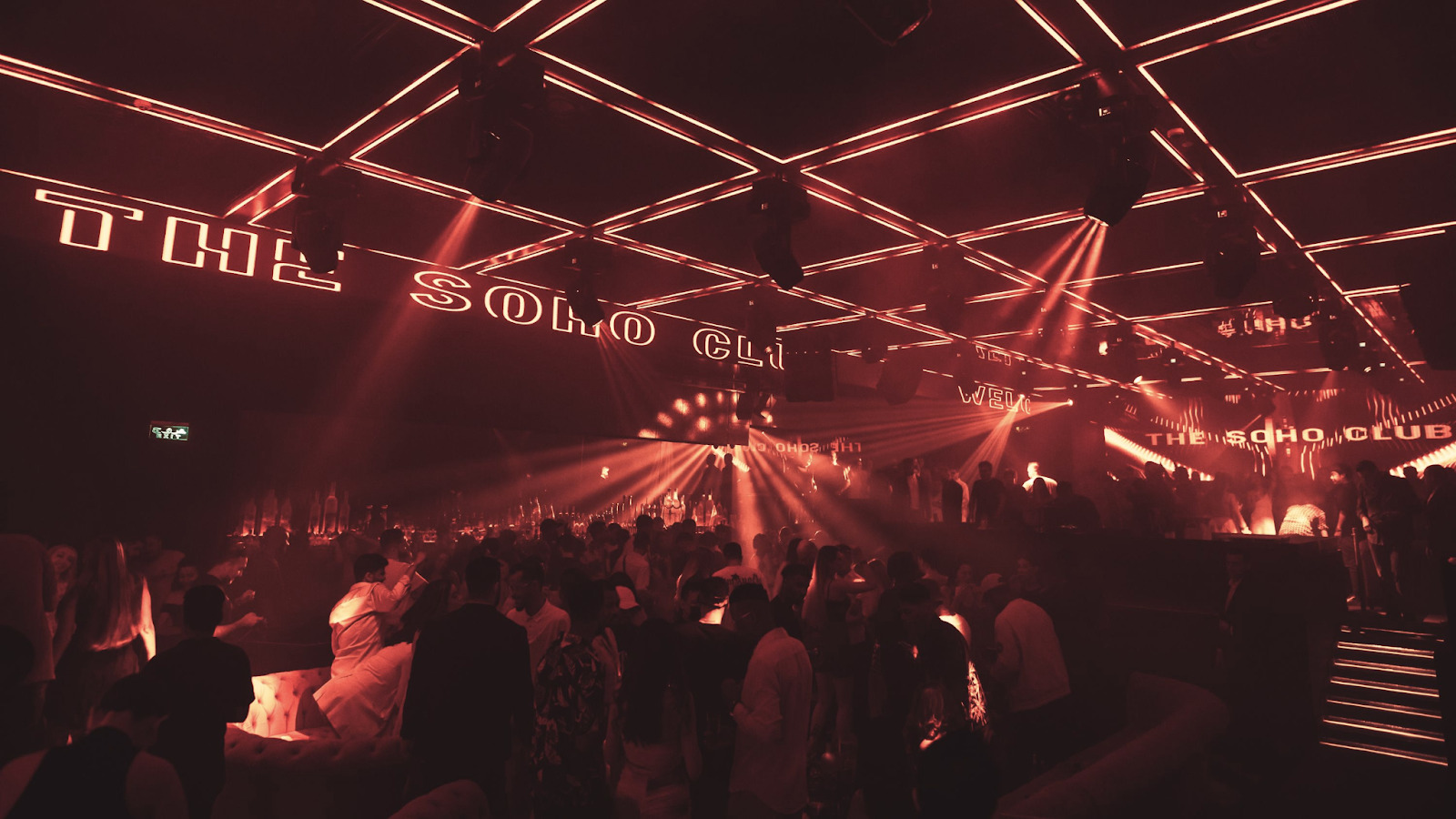 Dubai’s Soho Garden Meydan and new sister venue Soho Garden Palm Jumeirah continue to offer up the most tasteful and cultured night life experiences in the region this winter. Across the two venues, New Year’s Eve will feature Dixon, Mind Against, Satori and Solardo, with Fideles and Roger Sanchez playing on New Year’s Day, while the rest of December welcomes the likes of Sven Väth, Meduza, Solomun, Sonny Fodera and many more will all play. Find out more at www.sohogardenpalm.com

Soho Garden Meydan is a cutting edge entertainment destination for serious music lovers. It is a place to hear underground DJs from across the world with many different spaces to explore and discover. Immersive clubbing experiences are heightened by cutting edge light and sound with the best in house and techno at the Playroom. It is an intimate indoor club space that runs late and will take you into the next dimension, while Black/Code is the largest space with spectacular production and futuristic design for 3000 people.

Highlights at Meydan include Dixon, Mind Against and Satori live on New Year’s Eve and Fideles on New Year’s Day. The December run starts on the 9th with Sven Vath on the 17th, Massano on the 22nd, Ilario Alicante on the 23rd, Francis Mercier on the 24th, Mathame on the 29th and Adriatique on the 30th.

Soho Garden Palm Jumeirah meanwhile is another brand new and ground breaking space on top of the Nakheel Mall on the Palm Jumeirah. It has an upper level outdoor area and is a lively space with stunning views of the famous Dubai skyline as well as lush greenery and powerful production.

At Palm, New Year’s Eve will be headlined by Solardo with Roger Sanchez on New Year’s Day. December also features Solomun on the 16th, Sonny Fodera on the 17th and So:Disco and Mousse T & Shapeshifters on the 28th.

This is another high class month of top level house and techno DJs from across the spectrum.

Meydan
Rampa vs &me

The Swedish artist/producer, LINUS BEATSKiP is back on his label Beatskip Records with ‘New Breed’. After taking a break from the rave/club scene to pursue a career in visual and graphic art, LINUS BEATSKIP made the decision to begin producing his original music once again in 2020. Although he receives creative inspiration from a number of genres such as techno, minimalistic house, psytrance, and anything in between, LINUS BEATSKiP combines […]