A suitably bold step from Duke Boara, so early in his already successful (5m+ streaming stats) career, with his double mixtape project ‘11AM/11PM Tapes’. The first drop with ‘All Winter’ (11AM) and ‘Switch’ (11PM) is out now on LG105, champions of alternative electronic talent such as Mall Grab, Effy, Beka, Lawrence Hart, bad tuner and Model Man.
At only 23, multi-instrumentalist /producer Duke Boara aka James Toomey has curated 26 tracks for morning and night; expect a genre-busting melange of lo-fi, breakbeat, melodic, lively summer-infused house, percussion… and playing piano, guitar and drums throughout.

First release ‘All Winter’ (11AM) features a pure and simple finger-pick acoustic guitar melody reminiscent of falling snow, spiced with sitar sounds. Elegiac but upbeat. ‘Switch’ (11PM) is a night-friendly switch to a funkier beat, with jazzy staccato synth and strong percussion, in a build/break structure – one for the dancefloor.

Five years living and travelling in Asia allowed world music and instruments such as the sitar to enrich the style of West Country lad Toomey, now London-based, who obsessively taught himself to produce while at college on Tyneside. Now with over 5 million Spotify streams, support across streaming platforms, media and top tier radio, Duke Boara’s name, though new, is growing fast.

There will be a second drop released August 31st before the full double-mixtape drops in October.

‘All Winter/Switch’ are out now. 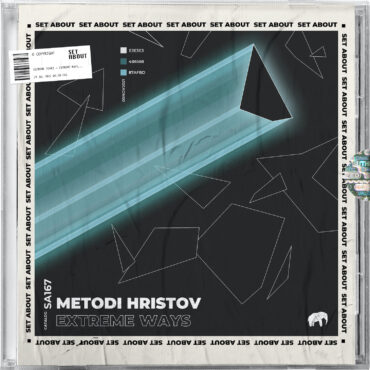 With a veritable slew of hard-hitting releases already clocked this year, Bulgarian producer, DJ and Set About label boss Metodi Hristov now continues his prolific run of 2022 form as he unveils his remarkable new underground techno cut, Extreme Ways. Out now, this is incredible new record sees Metodi Hristov firing on all cylinders, and at his very best. Igniting the record in emphatic Metodi style, the intro sees the […]