Echoes from Agartha announces lineup for return to beautiful Cappadocia 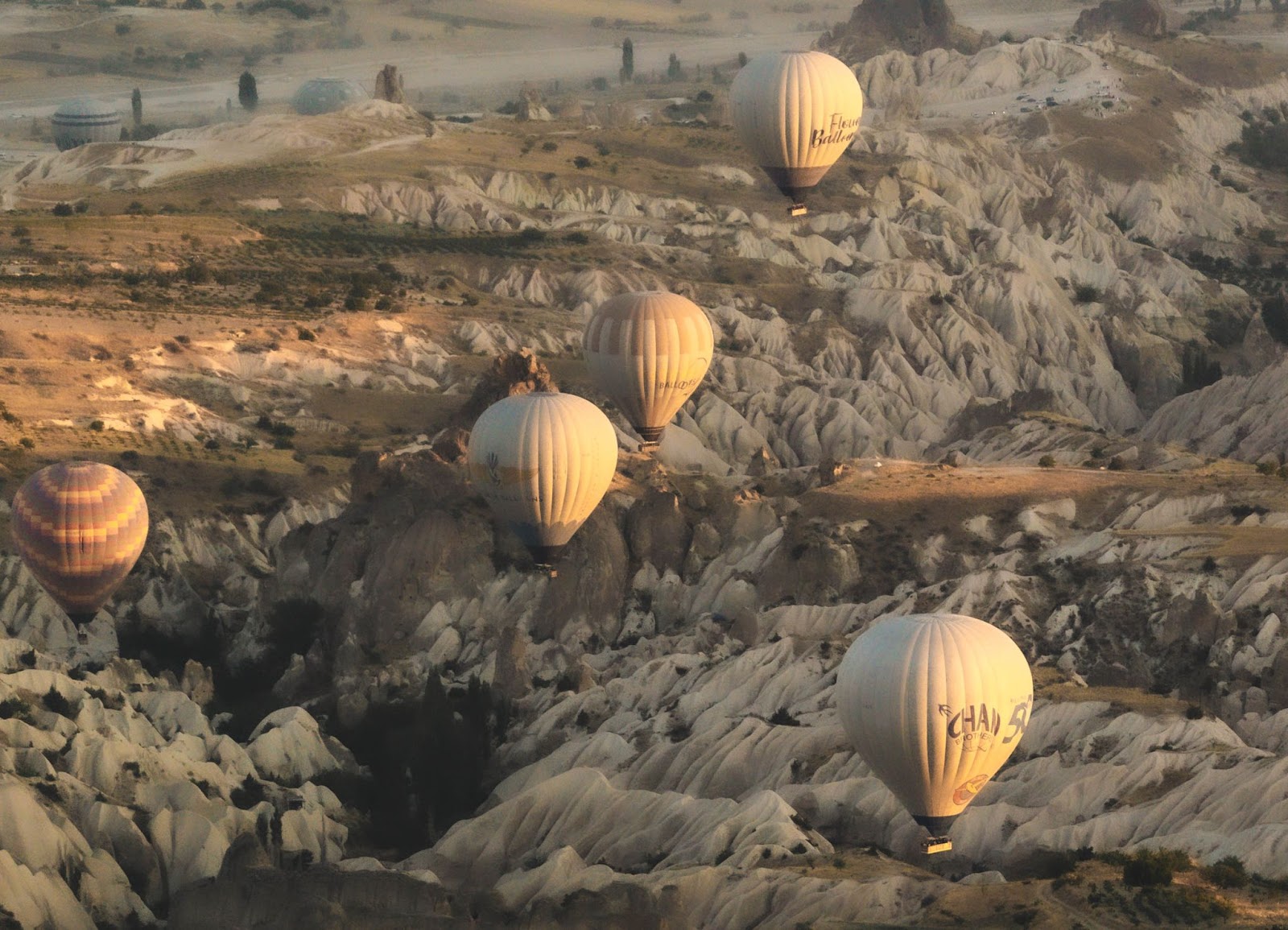 Echoes from Agartha is a five-day odyssey to the Cradle of Civilization in Cappadocia in the heart of Anatolia, Turkey. Adventures in this most breathtaking and historic landscape run from June 29th until July 3rd and offer the best music, history, Turkish cuisine, horseback riding, hot air balloon rides, ceramics making, cave exploration and so much more for artists, dreamers and travel lovers who cherish unforgettable cultural experiences. World class headliners include Lee Burridge, Mind Against, Seth Troxler, WhoMadeWho, Chaim b2b Jenial, Tarsol, Elif, Majnoon and many more.

Some of the earliest known human civilizations on earth lived in this region and gave rise to some of humanity’s most important early innovations. Now, Echoes from Agartha takes you on a mystic escape that is designed to elevate your mind, body and soul.

The Cappadocia region was formed 60 million years ago by the erosion of soft layers of lava and ash from Mount Erciyes (Argaeus), composed with wind and rain over millions of years. Epic geographical events created its unique nature and history: it is a Unesco World Heritage site like no other with tufa hills, deep ravines, fairy chimneys, rock-hewn churches, underground cities, and hot air balloons dotting the sky in the early morning hours.

Christians, Persians, Romans, Arabs, Byzantines, Seljuks, Ottomans, and now Turks have all lived in the region throughout its rich history as an important junction of the Silk Road trading route, and its many stories are carved into Cappadocia’s surreal landscape. It makes for the most beautiful location possible and will have your every sense tingling from the moment you arrive.

The full Agartha Experience is unlike any other you will have ever known with daily excursions, historical and cultural tours, Turkish rug and ceramic making, ATV tours, horseback riding, Sufi teachings in an ancient monastery, an underground city visit and extras such as a dinner party, afterparty in a hot air balloon or standard hot air balloon ride. Accomodation packages include access to the festival as well as stays at Utopia Cave Hotel, Dere Suites, Anka Cave Suites, Hanedan, Cappadocia Suites, Argos in Cappadocia and Goreme Kaya Hotel.

The festival boasts three different venues – The Zion on Thursday which is inspired by the Matrix and located in a narrow canyon with tall rock formations that hug the dance floor, creating a cave-like illusion. On Saturday, it’s to The Valley of Monasteries, a valley surrounded by ancient monasteries and fairy chimneys dating back to the 4th century. The closing ritual and the grand finale will also be held on this ancient playground. The Yunak Evleri is a Friday rooftop venue only accessible to people with an Agartha Experience Pass. It will be a sunset gathering on top of the oldest cave hotel in the region.

Playing the locations is a world class mix of house and techno DJs including All Day I Dream man Lee Burridge, the melodic techno masters Mind Against, cult Detroit DJ Seth Troxler, the emotive sounds of WhoMadeWho, progressive stars Chaim b2b Jenial, plus Tarsol, Elif, Majnoon and many more.

Echoes from Agartha is a dream project that comes from Gate Experience, a company founded by two siblings. Turkey-born, US-based Yalim Acar is Co-Founder and Events Coordinator and his brother Yaaz Acar is the LA-based Creative Director who is a cinema and television graduate who brings his unique vision to the festival. 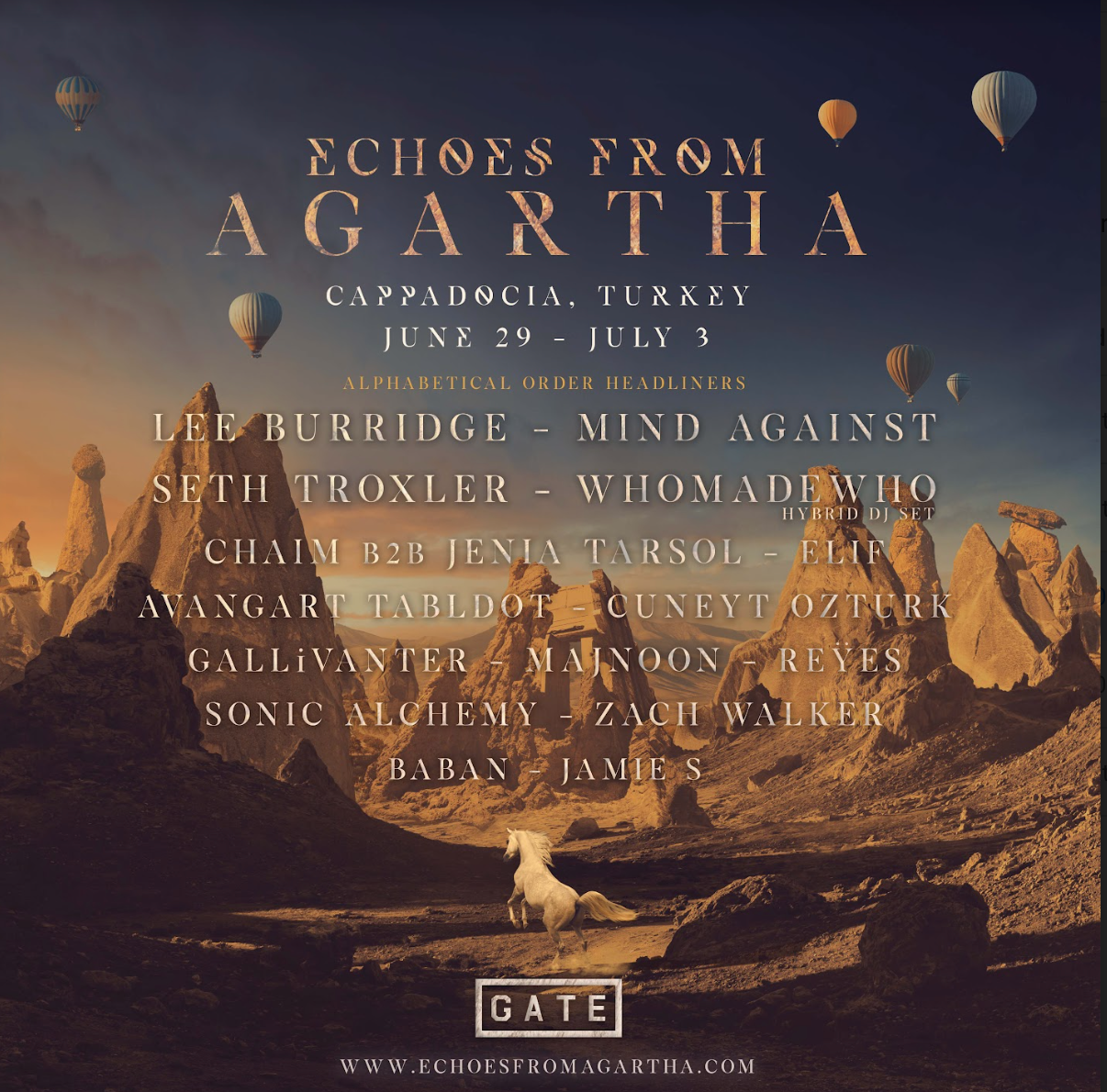 The post Echoes from Agartha announces lineup for return to beautiful Cappadocia appeared first on Only Techno. 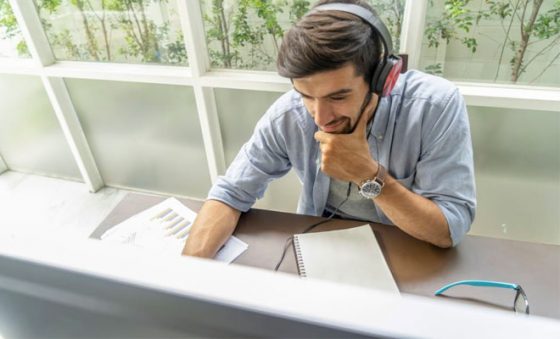 To have guaranteed success for your next album or single, you need to find an experienced PR specialist in this field. You can do it this way All artists and musicians who have lost the opportunity to make money and perform because of the pandemic are eager to believe and look forward to coming back and being in demand in the music industry Market. One of the best ways to […]