Belgrade based producer rising on the tech house scene, Felipe Simo has a new infectious release.

In his 10 years long dj career he managed to form his own style which consists of strong and euphoric melodies and unforgettable tech grooves.

His new release, ‘PreDestination’ comes with three new original. The tittle song is inspired by many artist, such as Eli Brown, Will Clarke, MANT, Sosa UK. However it still has a flavour of Simo’s significant sounds, an atypical rolling baseline and short atmospheric vocals that give a special emotion to it.

The track can easily fit on festival sets but also in a big underground clubs. It is energetic but also groovy. It is dynamic but also constant. 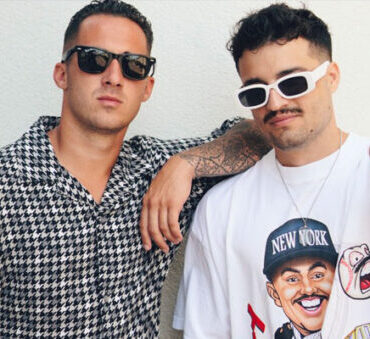 4B Returns To HARD Recs With “LOUDER” Ft. Mikey Barreneche

4B is back on HARD Recs with another track full of good vibes and plenty of beats, this time with a remake of “Knock On Wood” by Amii Stewart in collaboration with rising Miami-based star, producer Mikey Barreneche. With all the elements of a proper dancefloor filler – from a dynamic bassline, catchy vocal riff as an ode to the known original, and trumpet instrumentals – their new release is […]