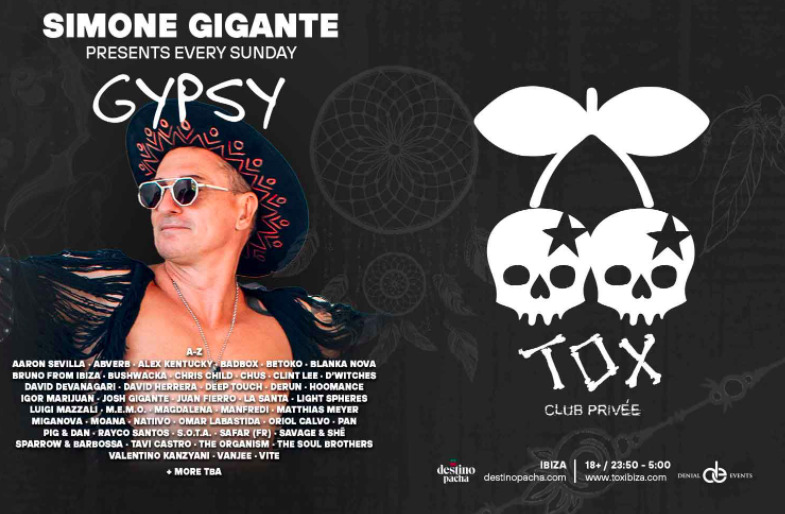 Tox Ibiza is ready to bring a whole range of broad new musical experiences to the White Isle this summer, and one of them is the GYPSY party each Sunday. It kicks off on June 19th with a huge opening party featuring founder and curator Simone Gigante with Pig&Dan, The Organism, Josh Gigante and Manfredi. The rest of the season features names like Sharam Jey, Eddy Cabrera, Betoko, Bushwacka, Valentino Kanzyani, Magdelena, Matthias Meyer, Chus and many more who will all make this the most essential Sunday party on the island.

This tasteful and underground party is curated by Simone Gigante and it is all about hedonistic and throwback sounds that rekindle the old Ibiza hippie times from 30 years ago. Add in some tropical techno and exotic boho house grooves and you have the perfect mix of the old and the new. The location for all this is Destino Ibiza’s underground club Tox which has gold walls, a DJ booth at floor level and an intimate feel very different to anything else in Ibiza.

Says founder Simone, “I’m very excited to bring back the old Ibiza where all that counts is the music, GYPSY is more than just a party, it’s a way of life. Don´t be slave of your life, liberate your mind…GYPSY SOUL SPIRIT.”

The much anticipated first party will set the scene for the whole season with Simone Gigante headlining next to Cocoon’s leading tech pair Pig&Dan, French production wizard The Organism as well as Simone’s son, Josh Gigante, who releases on Solomun’s Diynamic and is the man behind the hit ‘Attention Seekers,’ and Manfredi completes the line-up.

August brings Chus who is famously one half of chart topping Spanish pair Chus & Ceballos, plus Savage&She, another set from Pig&Dan and much more and September welcomes Soul Brothers, Hoomance, Bruno From Ibiza, Juan Fierro, Alex Kentucky and then ends with a big closing on the 25th with Simone joined again by Pig&Dan, plus Manfredi, MEMO and Igor Marjuan.

The scene is now set for the more refreshing new party in Ibiza, make sure you are there each and every Sunday. 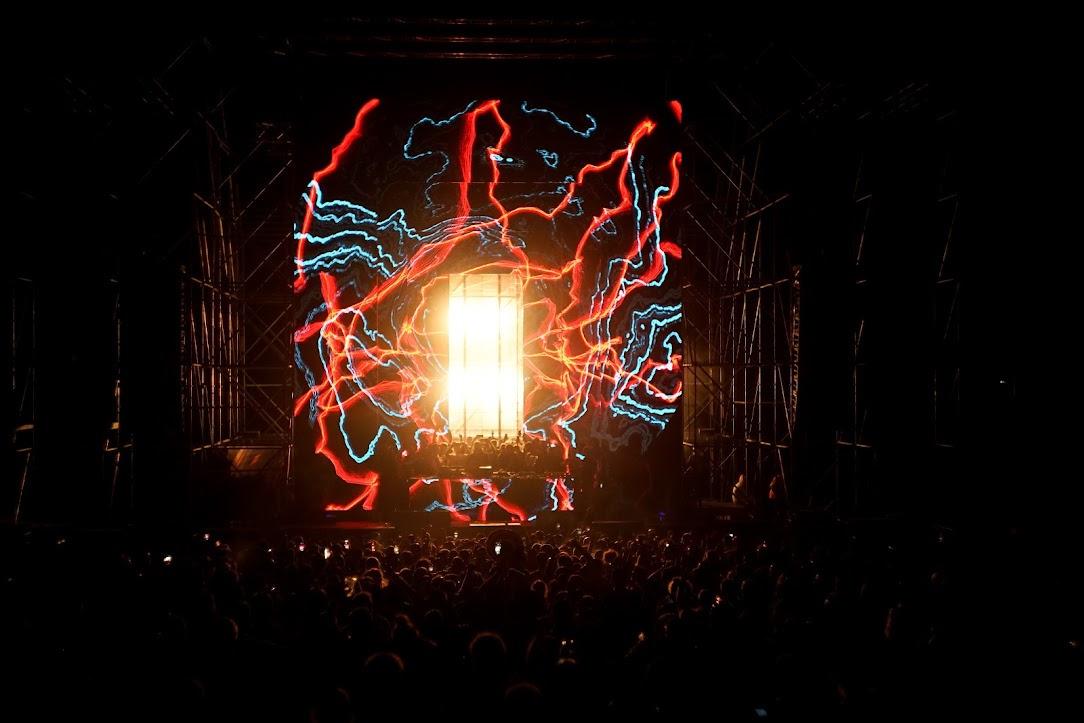 EPIZODE, one of the most exciting festivals in the world, is set for an epic comeback on the divine beach of Shengjin in Albania, from the 15th till 19th of September 2022! The second Albanian and sixt global edition will bring four nights and five days of the tastemaker music selection, mind-blowing stage design, and the recognizable electric atmosphere. The 24-hr music experience will be expanded with the relaxing daytime […]