One of the most talented electronic music producers to emerge out of the Middle East in the past few years, BluePaper is the gift that just keeps on giving. Following the internationally celebrated release of his five-part Elephant Rock EP in March 2022 – and an exquisite contribution to the subsequent remix package which followed in June – the burgeoning Saudi talent now looks to expand on the success of his first two releases on WTR, as he unveils the next single in his ever expanding musical arsenal – Sunsets in Marrakech.

Steadfast in his resolute commitment to originality, BluePaper’s impressive musicality shines front and centre, together with his long-standing affinity for organic, arabesque, electronic soundscapes. Delivering a beautifully nuanced underground house cut awash with warm polyphonic textures, beautiful harmonies and a steady groove that bolsters the record throughout, BluePaper’s latest offering is an absolute masterclass from the off; its pulsating heartbeat and ethereal character sweeping and soaring with intense delight.

Welcome BluePaper. Thanks very much for your time to talk to us. How are you today?

I’m doing great, thanks for asking.

I’m currently in the capital city of Riyadh, Kingdom of Saudi Arabia.

What’s the electronic music scene like where you currently live?

The music scene in Saudi Arabia is currently at an all-time high, specially with the launch of the scene disruptor; MDL Beast, which helped grow the scene tremendously, and resulted in developing and multiplying opportunities on all frontiers of the electronic music spectrum.

Starting at the beginning, please say a few words about yourself for our Only Techno readers and how you got into the music industry.

Growing up between Taif, Saudi Arabia and New Orleans, Louisiana definitely shaped my paradoxical musical persona. Heavily influenced by the Mardi Gras carnivals I’ve witnessed as a Kindergarten child and furthered inspired by the music of Michael Jackson, Metallica and Bryan Adams, while receiving the backlash of a culture-shock returning to the small village of Al-Hada in Taif, Saudi Arabia up in the mountains, where the only music available (and socially acceptable) was Saudi folk music. Being an addict to the fresh sounds, while holding on to the mixed-roots; the BluePaper project was finally born in 2020, on the sideline of the sheer amount of free time I had during the Covid lockdown.

How would you describe your particular brand of electronic music for those that may be unfamiliar?

Ethereal, Ethno and Experimental electronic music that is inspired by the captivating landscapes and diverse culture of the Arabian Peninsula.

Do you have any releases coming up that you can tell us about?

Sunsets in Marrakech (Out now)
XP (released later this year)

Onto DJing. What are the top 5 records that never leave your bag?

What’s been the highlight of your career so far?

Releasing ‘The Signal’ on the foremost Songspire record label, as well as receiving airplay support from Above & Beyond and Anjunabeats.

Are you planning some touring soon that you can tell us about?

Yeah, have a few gigs lined up between September and December here in Riyadh.

What do you like to do when all the partying and music is over?

Keep on eye on my forthcoming release: “BluePaper – XP”, although its not a Techno release, but it is armored with heavy Techno influences for sure.

BluePaper – Sunsets in Marrakech is out now via WTR

The post Interview: BluePaper appeared first on Only Techno. 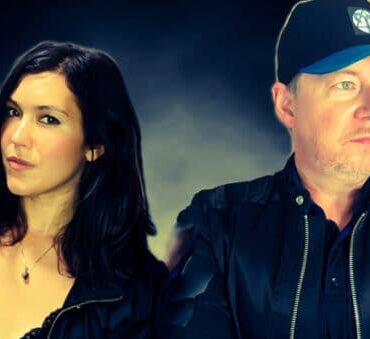 Must See: Lyric Video From Moon And Aries’ EP, ‘Break The Matrix’

The first lyric video from Moon And Aries’ new EP ‘Break The Matrix’ is here, and it’ll have you totally hooked. Celebrated for their impeccable Synthpop sound, the Canadian-German duo strikes again with “The In Between,” a song filled with passion and powerful choruses. Clearly, they return in full force with an emotive songwriting style, which is something that Moon And Aries are well known for. By all means, the […]