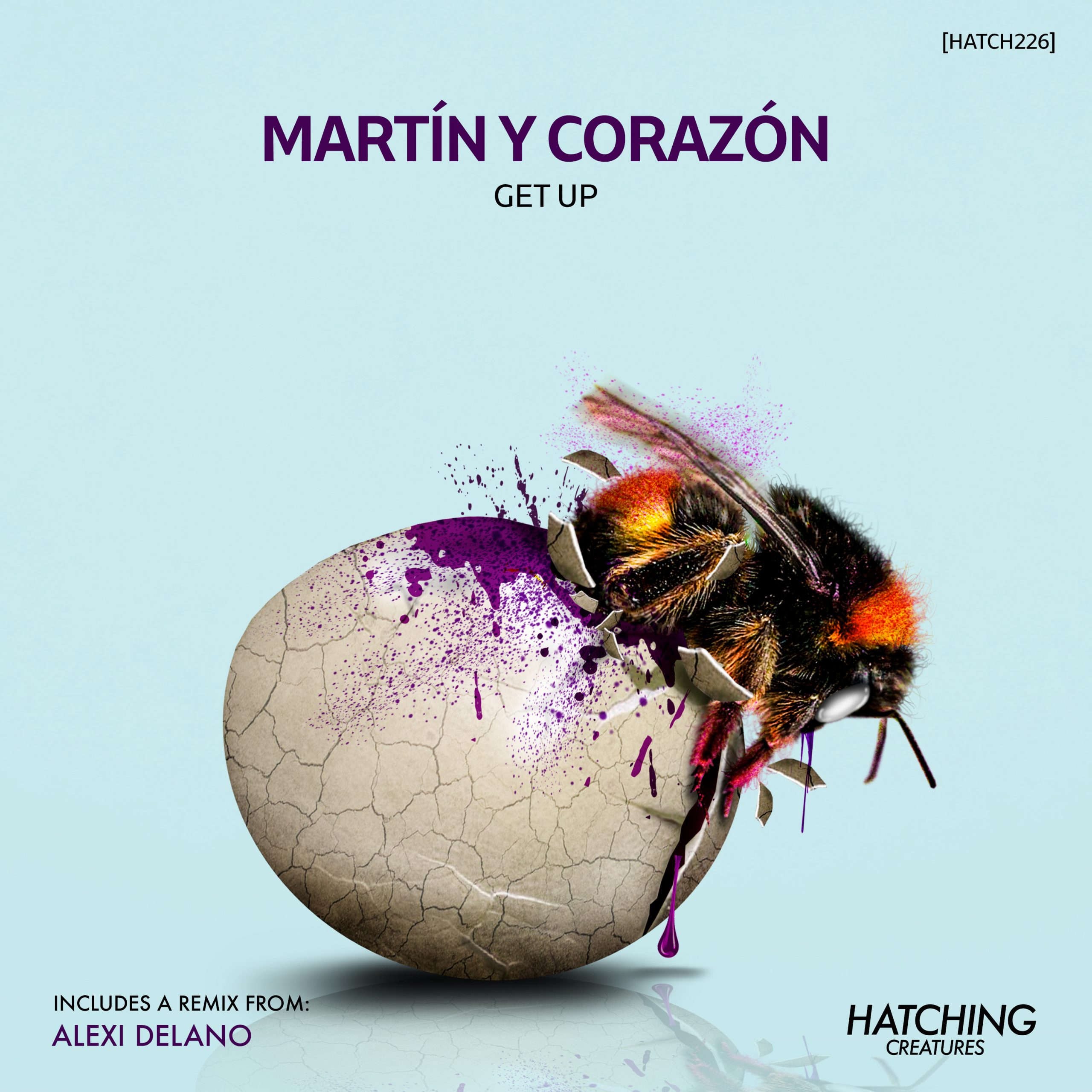 The latest in our series of interview features up and coming duo Martín y Corazón, hailing from sunny, Dominican Republic. They are known for highly energetic sets spiced up with their Latin dance roots. We spoke with Martín y Corazón about their music, life in New York and their brand new ‘Get Up’ EP.

Their new EP is featuring an outstanding remix from Alexi Delano and is out now exclusively on Beatport.

Hello! Thanks for your time!
How would you introduce yourself to our audience?

Hailing from the Dominican Republic would you say your country has affected your musical style?

C – Absolutely!
M — For sure, our tracks have been influenced by us growing up in Santo Domingo. Merengue rhythms are intertwined within our style!

You guys are Brooklyn-based now, tell us something more about the New York City underground dance scene, where you have successfully established yourselves. How would you describe the scene and what New York has to offer to fresh artists?

M – The NYC Underground is always thriving with all sorts of crews and DIY venues playing all kinds of genres. In my opinion, it caters a bit to the darker sounds of electronic music. My particular fav underground parties are more House & Disco leaning. The beauty about NYC is that there is always space for you to create, if you’re willing to put the work in. It is a blank canvas for artists.

Music in your sets is energetic, old-school house and tech house, but how would you describe your sound and the music you make?

C – We feel our music stands firmly between House & Techno. Not in the literal sense of the genres, but more in the vibe or experience the music has. Some tracks are, groovier, deeper, while others have more of a techno vibe in the sense that it still house, but it hits harder, like a Mr. G kind of track. No matter which way it’s leaning, Techy, Afro, or Deep, it’s always a House track.

How does your creative process start?

M – A sample can always spark a creative process, even if it doesn’t necessarily make it into the final product. Usually, we have an idea ready as a loop in Ableton and bring it to the studio to elaborate on the idea. You can’t really wait for creativity to hit you. You must show up and start experimenting. At some point, something hits, and you can move forward.

Speaking of making music, your latest EP ‘Get Up’ is out on Hatching Creatures. What can you tell us about the idea behind the release, and your debut on the label?

C – Get Up is a track we made last year. It is a fun track that Martín and I came up with in my bedroom. We wanted to make a straight-forward club track, which at the time, we hadn’t experimented with, yet. We knew we wanted it to sound a bit old school, similar to the tribal raves we used to go to in the D.R. We are so fortunate to hear Hatching Creatures loved the track and decided to release it.

How are you satisfied with feedback so far?

M – Super happy with the feedback! We’ve been getting much more support and our calendar has been filling up.

EP also features a remix from Alexi Delano, can you reveal something more about your collaboration?

C – I’ve known Alexi for many years. He has always been someone I’ve looked up to in the industry. He tours both in the DR & NYC. The man knows how to rock a crowd! When our manager, Steve, said it would be wise to find someone to remix Get Up, we knew right away who that should be. The sweetest part, Alexi loved the track and agreed to remix it for us!

Do you believe that an artist must be both a producer and a DJ?

C –In most cases, yes. It would take an exceptional amount of talent and creativity to thrive on just one or the other. Performing a set that we personally evolved helps us connect with our audience and enhance our presence in the moment. For DJs, even if they aren’t performing a live set, they can inject themselves into mixes by playing their own music. At the end of the day, DJing is a skill, not talent. You can learn the mechanics of beat matching and have great taste in your selection. Most people can have great tastes and playlists and if they could learn how to mix all those tracks, they would be great in their respective genres, wouldn’t they?

M – Not really, but I think being a producer can help you push your career further and if you love music, why not make your own. 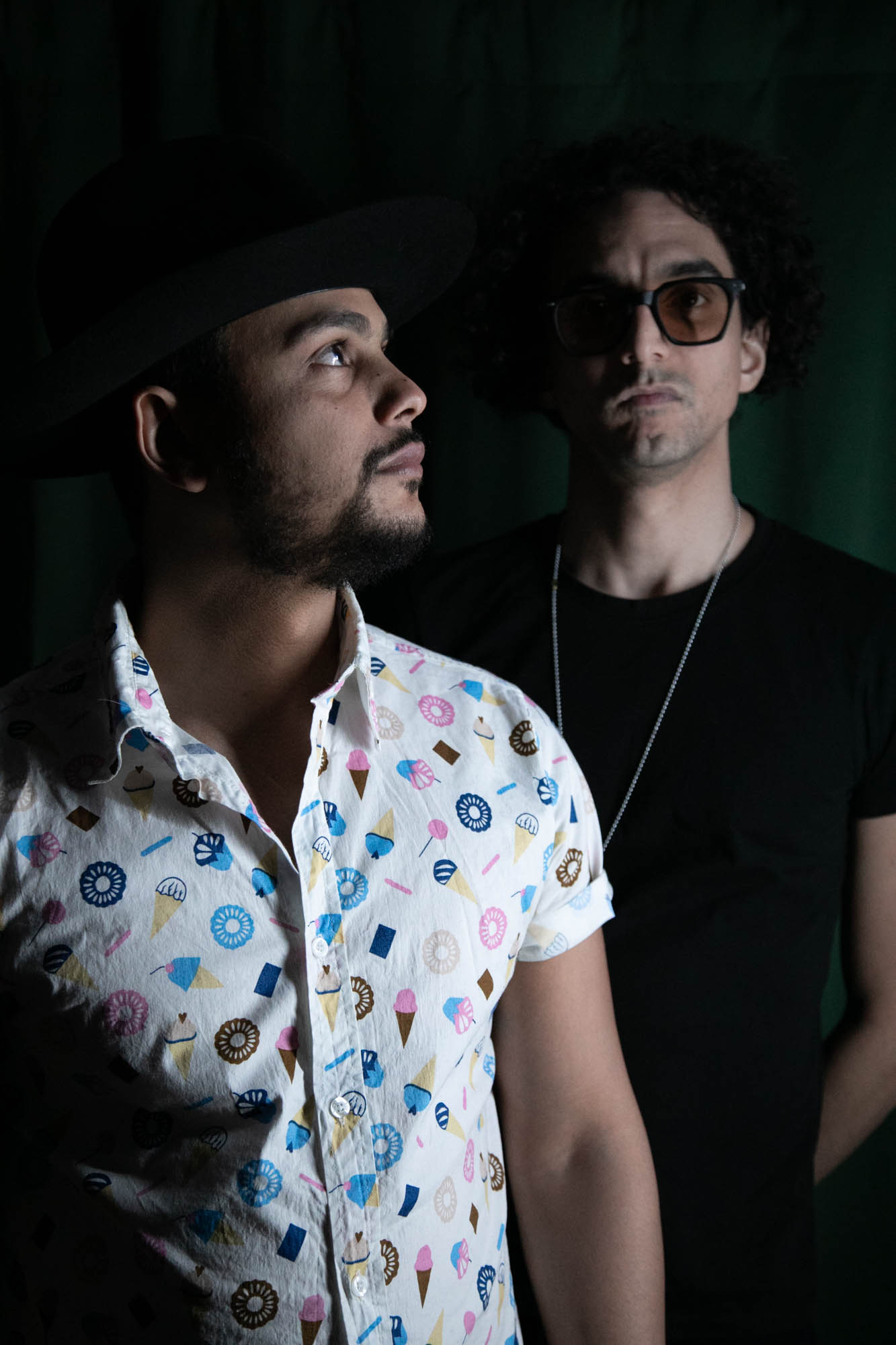 In your opinion is it harder or easier to be a DJ Duo?

C – I don’t think it’s either. Is it harder or easier to DJ by myself? Sometimes I play by myself and really feel like I’m missing Martín next to me. The beauty of the B2B, is we challenge each other to improve. Our musical differences join forces when we are together and create tunes that wouldn’t be accomplished if we played solo.
M – Same as Corazón, I don’t think it’s either harder or easier, but I prefer being a duo because you can combine two different taste of music and make a more interesting and unpredictable set.

Tell us something more about your influences? What shaped your sound and how would you describe it?

C – I grew up listening to Hip Hop, Rock, Jazz, Funk, and World music. In high school, I discovered House & Techno, specifically the early 2000’s minimal scene which was my introduction to Dance Music. I quickly discovered the sounds of Detroit and Chicago were what I identified with the most. Most of the music coming out of this region was inspired by sounds I could already identify, like the Motown Vibe.
M – I was born and raised in the DR, where I grew up listening to mostly Salsa, Merengue, Bachata, Boleros, and Reggae. In 2006, I became interested in electronic music, especially house. When I started making my own productions, I layered new elements on sounds from my Latin roots. I love music in general, doesn’t matter what genre or where it’s coming from, if it sounds good, it sounds good.

What are your top 5 tracks right now?

What are your plans for the future? What can we expect from you?

M – We are continuing to grow our Misbehave parties. We are also new residents with Housepitality BK and Golden Record NYC. Our next release is a track on a Various Artist EP from the Casa Club Record Label from Costa Rica.

Are you working on new music?

C – Always. We have tons of music we made this year at our studio, and we’re currently shopping labels we would like to put out some new releases on. 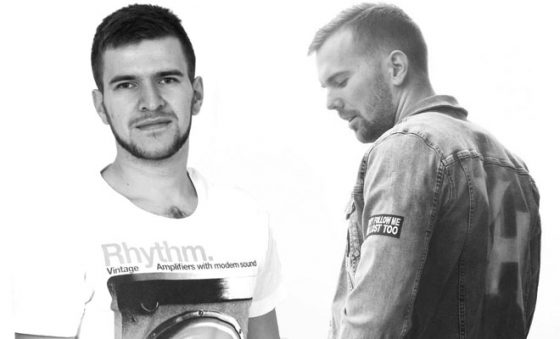 Behind The Scenes Of Bromo & Yantosh’s “Collide” — Interview

Bromo & Yantosh return with a unique Future Rave anthem featuring powerful beats and classic leads accompanied by low-pitched vocals which complement the track in an effective way. Get more details in this interview. 1 — Hello guys! How are things going at the moment? Hey, things are going very well for us at the moment. We have planned more releases and we are trying to bring new music to […]