Purveying a truly unique style, ranging from raw techno beats to the darker side of tech house, Bulgarian Metodi Hristov has won the hearts and minds of the international electronic music community over the course of his decade-plus long career. His love to experiment and mix up different styles of music has led to standout releases on numerous big name labels and remixes for some of the most revered artists in techno, while jis original productions have gained support from numerous world known artists including Richie Hawtin, Carl Cox, Adam Beyer and Ida Engberg to Marco Carola, Monika Kruse, Joris Voorn to name but a few.

We had a chance to speak with Metodi about his remarkable new underground techno cut, Extreme Ways. Grab your copy of the release HERE.

Hello Metodi! Thanks very much for your time to talk to us. How are you?

Hello guys! Thanks for having me

I’m answering this interview from my home which is a small mountain village near by my birthplace – Sofia / Bulgaria!

Starting from the beginning – how did you get into electronic music?

Due to various circumstances, I spent a large part of my childhood with my grandparents. They were very poor people, they didn’t have money for a cable tv nether computer which means no internet of course. The only entertainment for me and my brother was playing with the other kids outside and listening to music (which I’m not complaining about at all). The source of this music was mainly the radio and my walkman, which my brother and I shared and we would constantly argue and fight over it because we didn’t have enough money for two. For years, one of our favorite games with my brother was playing radio hosts with a single-start cassette player left over from my mother and aunt’s youth. At that time I was listening to a lot of different music (metal, pop, hip-hop, new wave), basically everything that was trendy at the time. As I grew up, I started listening to a lot of electronic music. I liked stuff with a more broken beat the most. I kept listening to Prodigy and Music Instructor, West Bam. I was about 15 years old when I heard on the radio something very strange to me, something that made a very strong impression on me. I knew the song was Corey Hart – Sunglasses et Night, but something was very different in a good way. The sound was so tight and dense, the melody was transformed and sounded so much better, it just poured over my brain.

This remix sounded alien to me. I just didn’t want it to end, and the worst part was that I didn’t know whose remix it was. After a lot of shaking and questioning I found the track in question and naturally broke it from listening. A lot of people will say that the original is better, but in my eyes, Tyga did one of the best remixes I’ve ever heard, even to this day.

I started to wonder – how can you transform an old song from the 80’s and make it sound so much better than the original (which is also super cool).

I kept thinking about this question and it was the earliest spark in me of curiosity of curiosity about this genre. This set off a chain reaction that led me to where I am today.

How would you describe your particular brand of techno?

It’s a mixture of progressive, melodic, a little bit of trance, tribal and tech-house sometimes. Some people will say it’s not really techno, but anyway. I love doing it this way no matter what not is and that’s the most important

We’re seriously digging your upcoming single ‘Extreme Ways’ on Set About. Can you talk us through the record?

We have a little white sticker on each of our Set About artworks where every artists can write a few words about its release. On my “Extreme Ways” artwork sticker I wrote – “Extreme Times – Extreme Ways”. The rhythm of this track is kind of rough and stumbling (or maybe only I’m hearing it like that) and distorted which personify the extreme times. The melody is unrestful and somehow with a positive vibe. It’s a strong melody which embody the indomitable spirit and the extreme ways this spirit goes through. It’s like the melody is telling you – it will be very difficult, but it’s possible and it’s wroth it to go through, no matter how extreme it is and on the other side the synth stab reinforces all said by the melody. Explaining all this I’m not thinking about something specific…in my mind is just kind of random energy…

How does your creative process start when making a record? What does the term ‘underground’ mean to you?

Underground is very relative and impermanent concept, especially in the music. Relative because it depends so much on the the point of view. For example when I started with the electronic music, Tiesto was super underground dj for me, nowadays, I don’t think so. It’s impermanent because for example 10 years ago tech-house and deep-house were super underground genres, nowadays they are some of the most commercial genres in electronic music. 20 – 30 years ago the whole electronic music was super underground, nowadays the roles are switching. The similar thing is happening now with the techno music. Many people are taking “the underground” too serious thinking that their art is special and only for the “chosen” ones, but I know for sure that no artist wants to be underground actually. Every artist wants to reach as much as possible people with its art and isn’t that the concept of to be an artist?

Are you planning some other new music and projects soon?

Absolutely! I’m so thrilled to show you what’s coming up next. I love making music and a lot new music is coming out. Actually my schedule is full till the end of the year. An important thing to say is that there will different genres not only the techno that I’m releasing at the moment, but let’s keep it as a surprise!

What are your top 3 techno tracks at the moment?

How do you like to relax when you’re not making music?

I’m living in a mountain and of course I’m spending a lot time in it doing different activities like hiking, running, doing different sports or just clearing my mind from all the noises and too many thoughts!

Do you have any final words for our Only Techno readers?

The post Interview: Metodi Hristov appeared first on Only Techno. 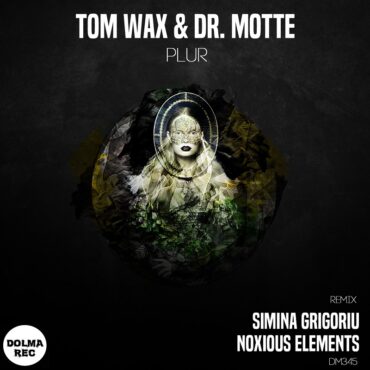 Simina Grigoriu is back with another high-octane techno stomper. Following the critically-acclaimed release of her nostalgic 1981 single on her Kuukou imprint back in April, the ever-prolific Berlin-based DJ, producer and label head shows no signs of letting up, as she returns to the fore with a huge new cut, just in time for the summer festival season. Hand picked by Dolma Records’ label boss Dolby D to deliver a […]

5 reasons not to miss Rakastella at Art Basel Miami 2022

The Life and Death and Innervisions collaborative party Rakastella is all about love—love for music, love for one another, the planet, and love for the unpredictable magic that occurs when good people dance to cultured sounds. This year’s line up features AceMoMA, Diplo b2b Carlita, Dixon, TSHA, DJ Boring, DJ […]

Boasting an impressive triad of critically acclaimed releases since launching back in April 2022 (Here To Stay EP, Starlight EP and Disconnect), burgeoning underground house imprint Scenarios now looks to continue its enviable run of first-rate studio output as it unveils its fourth official offering, with Looking In The Sky. […]