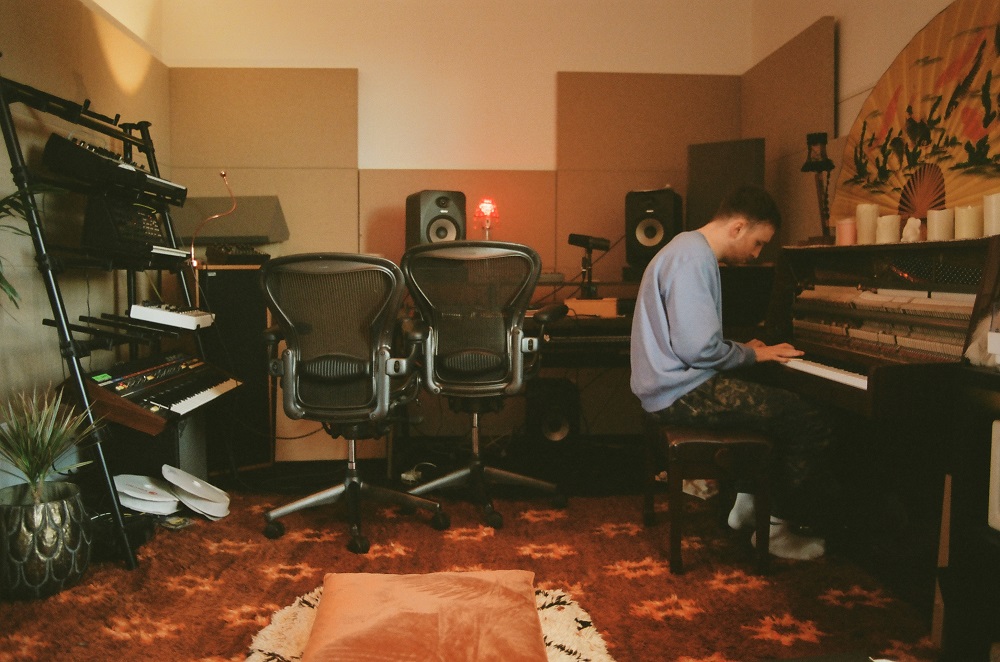 The enigmatic Phairo newly emerges as a dance music artist after years in high demand producing acclaimed names in other genres such as Bruno Major, ELIZA and Sam Wills. His new project ‘9’ will drop monthly as singles. ‘Galacticon’ and ‘Drum Workout!’ are out now, with ‘Dwemer Sphere’ coming August 12th before the full almost-album drops Sept 9th.

Fired up by working on the likes of Bruno’s first two albums, including hits like ‘Easily’ (with 295 million streams on Spotify alone), Phairo found lockdown unlocked his first love. ‘Club and dance music first got me into producing at about 16, so it felt amazing to re-enter that realm and find a new love and excitement for making beats! I wanted to make music on my own, with the main focus on musical and production ideas.’ We chatted with him around this new passion project and the story behind it…

Hey Phairo, thanks for joining us. Congrats on your new single ‘Galacticon’ and the news of your ‘9’ EP dropping later this year on LG105. What was the driving force behind this release, why was now the time to release as Phairo?

Hey, and thanks. After I finished making the second ELIZA album in February last year I had a bit of time off, and shortly after that break some early ideas that would make their way onto this release started to form. Most of my time is spent writing/producing albums with other artists, and I love it, but after quite a few years of back to back albums I had developed a hunger for some time in the studio working on my own, with the focus being taken away from songs and being more about abstract musical or production ideas. It started with just one or two but before I knew it there were five or six tunes that felt cohesive and a project was starting to appear.

In recent years you’ve been producing some highly successful albums for artists in different genres – what made you decide to head down the dance music route for this solo EP?

I’ve loved and made dance music for a long time, and I think working on those albums renewed my excitement to do something a little different and separate, with no real expectations or filter, just me experimenting with sounds in my studio in between album cycles.

With the first track ‘Galacticon’, can you tell us a little more about the process behind how you produced this one?

I found the drum break somewhere in my computer and loved the groove so started there. Messing around with delay effects it started to flange up and down in this drunk woozy way that I was really into, I processed it to the point where the break is hardly recognisable but the groove is still present. After that I added the boinging bass and layered in drums, both from the Moog DFAM, and added chords on the MFB Synth Pro which was new to me at the time. I’d been playing those three chords whenever I sat down at the piano for a while and playing them through the MFB made it clear that they’d found a home on this tune! They’re quite wide stretchy voicings which suited the ethereal feeling the beat had ended up with. That was the guts of the ideas out, so from there it was just fleshing it out, structuring it, and refining the production and mix. It’s a really simple one with very few elements so mixing it wasn’t too complicated, and it felt right leading with this as it’s a bit of a club banger!

Since one of the first lockdowns a couple of friends and I developed a bit of a fascination/obsession with the number nine, maybe we were going mad. Before there was any project in sight I was just messing around in the studio, collecting any ideas that I liked in a folder, but it wasn’t long until there were 7 or 8 that felt sonically connected. I thought it’d be a shame not to make it 9 so wrote the final track, ’9’, to complete the set.

Any favourites on the release? Or tracks that came together especially well/naturally?

Hard to choose a favourite but I’m excited about putting out ‘Drum Workout!’ As it’s another clubby thumper with a bonkers beat, and feels somehow like a brother to ‘Galacticon’. The first track ‘Skyward’ is probably the one that came together the quickest.

The next track is Drum Workout! Which is out in July, can you tell us a little about this one? Feels like maybe you were having some epic jam session in the studio and that’s how this one was created…

Yeah this one is actually the oldest of the bunch, the only one that predates my taking a break after finishing ELIZA’s second album. It was indeed a lot of fun to make! I was cutting up the drum break and trying to make each phrase rhythmically different and a bit mad, inspired by those old jungle tunes where they slice up breaks in every which way and it feels like it’s raining snare drums. I put in some bendy bass with the MS-20 and played the two chords at the end on the MFB. I think this one will be a lot of fun to play out in DJ sets!

How did the connection with LG105 come about? The label is connected with some brilliant artists including Joe Turner, Beka.

Funnily enough I was actually the very first signing to the label a few years ago and had plans to put out music back then, but they had to be cancelled/postponed indefinitely as I was working on three albums with different artists at the time and had no time whatsoever. I was definitely quite burnt out and not in the best headspace, but George and the LG105 guys were so cool about it and said whenever I wanted to release anything they’d love to do it, so when this project came into existence there was only one call to make!

Thanks for chatting with us!

The post Interview: Phairo appeared first on Only Techno.

Here’s what you get when you spend your money for a Super Flu release on Monaberry. We’re proud of the way we make releases. By the time we’re through putting together an EP, 190 hands have inspected and handled the tracks. Any one of those hands can reject the songs if they’re not up to Monaberry quality. Keep that in mind as you hear the following music. Super Flu deliver the best 100% dancefloor tunes in the business. They have […]