Boasting an impressive triad of critically acclaimed releases since launching back in April 2022 (Here To Stay EP, Starlight EP and Disconnect), burgeoning underground house imprint Scenarios now looks to continue its enviable run of first-rate studio output as it unveils its fourth official offering, with Looking In The Sky. Due for worldwide release on Friday, November 25, Looking In The Sky marks the first single on the label to feature all five constituent members of the Scenarios collective – Emanuel Satie, Maga, Tim Engelhardt, Sean Doron and Yulia Niko – who team up with Berlin-based vocalist Paul Brenning for one of the biggest records on the label to date.  A sophisticated and emotionally charged offering, characterised by dynamic synth structures, Brenning’s lingering vocals and a heady concoction of pulsating four-four beats, Scenarios’ trademark composite of deep, melodic, club music shines front and centre, as the six artists pull out all the stops with a rousing dancefloor weapon. We had the opportunity to touch base with label co-founder Sean Doron to find out more.

Welcome Sean. Thanks very much for your time to talk to us. How are you today?

I’m great, Thanks for having me guys

I’m writing you from the beautiful Maldives. I’m playing here for the Maldives Music Festival.

How has this year been for you? What are some moments that stand out?

This year was a big one for my career, from launching our Scenarios collective and record label – to our very first event series in LA, Lisbon and Tel Aviv. Also, I was lucky to play at Mayan Warrior during Burning Man, I’ve been imagining myself playing that art car for many years. Also, had some great gigs around Mexico , Brazil, Costa Rica, Guatemala, Rome, Milan, ibiza, Paris and many more throughout the year. I’ve released a few tracks this year that I really love and it was big success in our scene from the beginning.

Please say a few words about yourself for our Only Techno readers – how you how you got into the music industry and how you got to where you are now?

I have been playing in my hometown Tel Aviv since I’m 16 years old. Electronic music was always in my life, as I was traveling a lot for music festivals around the world. Later on, I’ve co-founded the Monochrome events series in Israel and that was a huge success. Shortly after, I was invited by Guy Gerber to be resident dj at his Rumors ibiza party on the island ..then I’ve started produce my own music and release it on few of my favorite labels such as Rebellion of Damian Lazarus, Flying Circus of Audiofly and more..now I’m focusing on Scenarios.

How would you describe your particular brand of electronic music for those that may be unfamiliar?

Scenarios – collective, record label and event series by Emanuel Satie, Maga, Tim Engelhardt, Yulia Niko and myself. Together, we are united in our shared beliefs, dynamic and outlook. We represent a new generation of artists that functions as a whole while still maintaining our individuality. In this way, we can truly grow as one.
The collective creates and implements a unique genre of music and offers an unparalleled event experience that characterizes our novel approach to the world of music and events.

On November 25, you release ‘Looking In The Sky’ on Scenarios — a record created with all five members of the Scenarios crew. What can fans expect?

The concept of ‘Looking In The Sky’ is in the designing of the track, since we all have collectively worked on this track at our studio in Lisbon. It has really beautiful vocals by the talented singer Paul Brenning. We have received really nice feedback from major artists that are already playing the track. Can’t wait to release it.

Let’s talk about production. How does your creative process start when making a new record with five artists? Who is in charge of doing what in the studio?

When the group is producing a track, there is one person handling a piece that they feel most comfortable working with. We then switch the person in the chair to work on the next segment. We sit and discuss it and either move forward with the next segment or continue to edit until we reach a collective agreement.

Can you take us through a few of your favorite pieces of studio kit?

As I’m touring artist, a lot of the time I find myself working on my music remotely with my mac and headphones. I use a lot of VSTs such as: Diva, Arturia V collection, for EQ VST I use Fabfilter Pro and for sound designing. I really like the Soundtoys plugins.

On the live side, where can we see you perform over the next few months?

My debut at Electric Daisy Carnival Mexico City and some other major festivals TBA.

We have a few new Scenarios events already confirmed in some of our favorite cities around the world. A lot of new music is also coming your way!

I am thankful for the non-stop support and love we are getting from everyone since we started Scenarios this year ! It means the world to us.

The post Interview: Sean Doron appeared first on Only Techno. 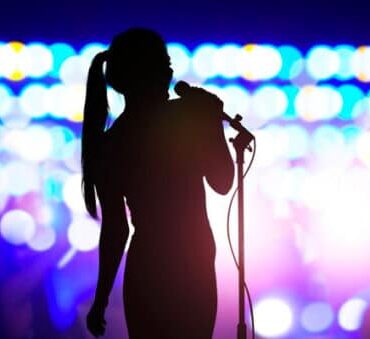 Investing In The Music Industry: Is It Worth It?

The wonders of technological innovation have enabled musicians and listeners alike to manage and interact with music in ways previously thought impossible. Wild things are happening, such as augmented reality concerts, popular artists making appearances in video games, and who would’ve thought twenty years ago that any song imaginable could be played anytime, anywhere? We’ll promptly go over two avenues in which you can attempt to make smart financial investments […]