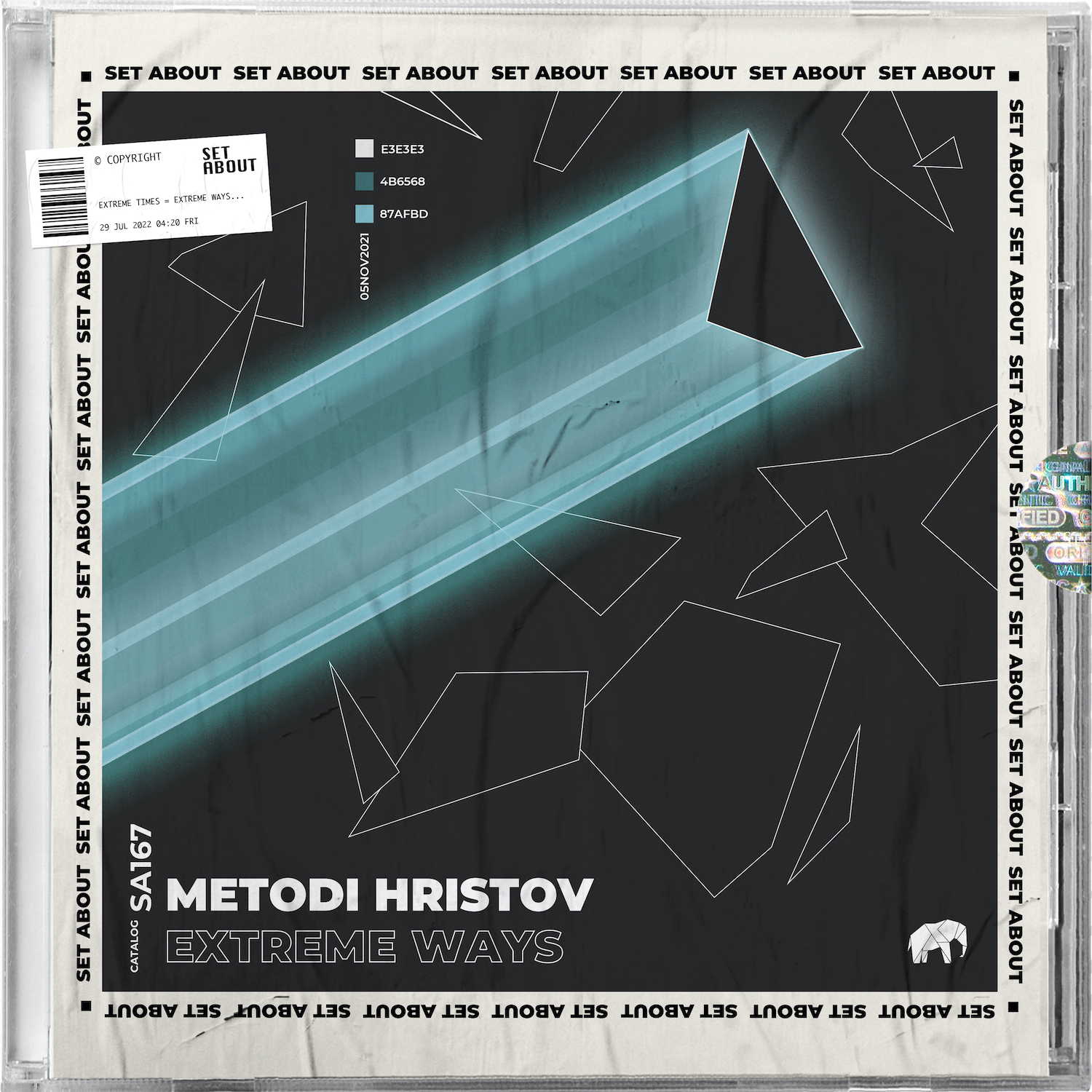 With a veritable slew of hard-hitting releases already clocked this year, Bulgarian producer, DJ and Set About label boss Metodi Hristov now continues his prolific run of 2022 form as he unveils his remarkable new underground techno cut, Extreme Ways. Out now, this is incredible new record sees Metodi Hristov firing on all cylinders, and at his very best.

Igniting the record in emphatic Metodi style, the intro sees the esteemed Sofia-based talent deliver an impressive combination of heady bass and crisp hi-hats alongside an onslaught of pounding kick drums. A perfect backdrop to the mesmerising leads that creep in from the sixty-second mark, the record reaches its peak with the introduction of an inimitable ravey synth refrain, which sets the tone for the remainder of the release. With the record in full swing, frenetic percussion, throbbing lower end and mind-bending samples continue to rain down with fierce intensity across the duration of the record, as Metordi perfectly manipulates the energy until the close, to round off yet another hefty release on his iconic Set About imprint.

Purveying a truly unique style, ranging from raw techno beats to the darker side of tech house, Bulgarian Metodi Hristov has won the hearts and minds of the international electronic music community over the course of his decade-plus long career. His love to experiment and mix up different styles of music has led to standout releases on numerous big name labels and remixes for some of the most revered artists in techno, while jis original productions have gained support from numerous world known artists including Richie Hawtin, Carl Cox, Adam Beyer and Ida Engberg to Marco Carola, Monika Kruse, Joris Voorn to name but a few. With the establishment of his own imprint Set About Music in 2016, a new home for his huge library of quality tracks was found. As well as being a highly respected producer and label head he has already earned a reputation for being a formidable DJ having played at some of the most notorious clubs and festivals in the world.

Metodi Hristov – Extreme Ways is out now via Set About.

The post Metodi Hristov Drops ‘Extreme Ways’ on Set About appeared first on Only Techno.

DJ ASSCAR proudly delivers an EP of songs compiled as an uplifting escape from a dark era in her life. Sometimes music can be the greatest therapy, one of the most self-affirming escapes out of whatever situation you find yourself in. DON’T EVEN KNOW YOU sits at the start of this record and really gets things going, with robust, garage-edge beats and bass that are guaranteed to get you moving. Overall, the record effectively blends a rougher House style with […]