Deutsche Grammophon recorded a grand piano recital of the Debussy piece in Berlin and sent the audio to Mark Brandon, aka Model Man. What started as a classical re-imagining has turned into a BIG Model Man track. Brandon grew up playing classical piano and adoring Debussy’s works, so he leapt at the chance to work with theoldest surviving record label in the world on this release.

Brandon‘s love for classical music came not from elitist private education, but from his piano teacher Mother. Whilst his discovery of the rave scene in his teenage years saw him kicking against this classical exposure, Debussy and other favourite composers continued to feed into the conscious creative process that is Model Man’s sound.

Fusing ambient electronics with elements of bass culture, Brandon‘s creative stance pits the physical against the cerebral, often with striking results. Since releasing music, he has garnered widespread support from the likes of BBC Radio 1, BBC 6 Music, DJ Mag, Mixmag and The Independent. While providing remix duties for, and receiving reworks from, artists such as TSHA, Elderbrook, Prospa, MJ Cole and Alan Fitzpatrick amongst others. He was also recently selected as part of Apple Music‘s ‘Up Next‘ selection. 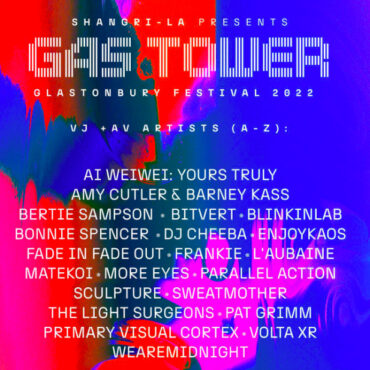 Free, self-service XR creation platform Volta XR is to play a vital role in heightening the experience of many festival goers at this year’s Glastonbury. Already being used by artists such as Imogen Heap, DJ Yoda, Maceo Plex, The Blessed Madonna and more, this year the game-changing technology will be front-and-centre at the Gas Tower, Shangri-La as well as on the Greenpeace stage with the HE.SHE.THEY party. It will offer […]