What do you get when you take the cottony, sweeping pads of the IDM and throwsome of that good ol’trancey Roland TB-303 squelch into the mix?

Intelligent house, of course. That is how Pawas Gupta–Sound of Berlin A&R by day, DJ-producer hyphenate by night–describes the fluid, spacious beats of ‘Beginning EP’ (out on Sound of Berlin 2 September) in what appears to be more than a nod to Pawas’ early idols Satoshie Tomiie, Underworld, and Daft Punk.

His aptly named EP represents a turning point on Pawas’ career, an opportunity to move away from his desk and get back into the studio. “As the EP title says, after a few months break I decided to work on my original style of music which I did ignore for a while,” Pawas wrote.

It is a versatile and detailed record equally suited for a full house at OHMin Berlin (‘Beginning’) or an early evening at Sunset Ashramover in Ibiza (‘Hangover’), even a pair of closed back studio headphones for a listener who has exceeded their recommended intake. “Hang over is more on the dub side which is the style I love to produce in my free time,” Pawas explained. “In this case it was done with a heavy head, hence the name…

”In a city renowned for its dance music scene and frequently ranked as the number one destination for the best nightlife in Europe, comedowns are a given. But there is another side to it as well Pawas has become familiar with since his move from India back in 2009.

“Being the kind of city Berlin is, it can bring out the best or worst in you, and in my case, it was healthy mix of both. However, it did help me evolve as a DJ and producer and made a lot of unthinkable things possible.” 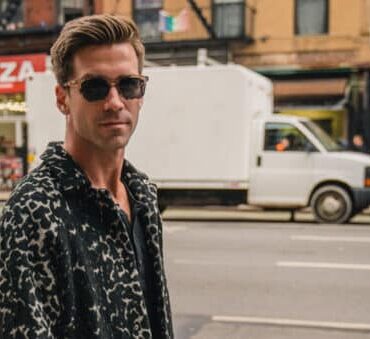 ROSEDRiiVE is an internationally recognized artist originally from San Diego, California. In this insightful interview, he speaks about his musical journey as a DJ, as well as his latest House anthem “Magnetized” featuring Xander Jones. 1 – Why did you change your artistic name to ROSEDRiiVE? And what does ROSEDRiiVE mean? To me, I think any artist brand has an opportunity to represent something greater than a singular person. Continue […]