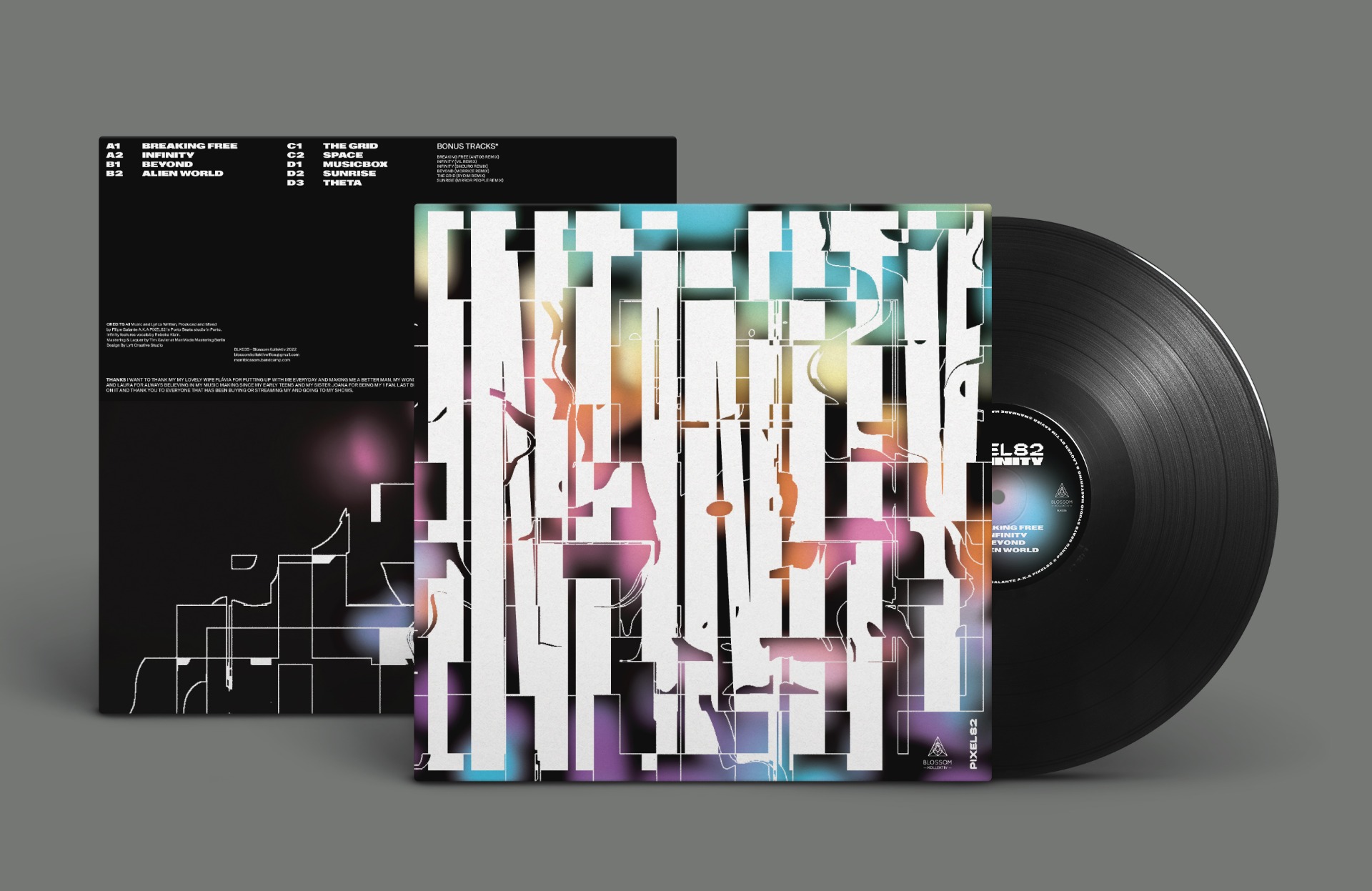 Blossom Kollektiv is proud to unveil their first full length release since relaunching in 2022, with Porto’s Pixel82 and his first album “Infinity”. Following the single releases of Infinity, Breaking Free and Alien World, the full nine track voyage makes its appearance this June. Grab your copy HERE.

Pixel82 talks about this work, which was produced during a time of forced introspection and uncertainty, as a rediscovery of the past to find the future. He wanted to create an uplifting vibe for the songs on the album but while still having a subtle dystopian feel in them.

To achieve this sound, he experimented with polarities and used sounds that are personal to himself including organic sounds from nature and even from his personal life with the use of a recording of the heartbeat from his own daughter.

During the nine-track expedition the artist creates an honest tour de force, without the constraints of making dance floor shakers and the end result is a highly effective trip that electronic music lovers around the world will adore, not only for listening but also with various moments that will work wonders on the dance floor. Each track is carefully crafted to play off the other with lively alluring synths, eclectic beats, and clever use of vocals throughout the album that seals each track together cohesively.

Beginning with “Breaking Free” its creative use of vox paired with uplifting synths sets the mood of the album that leads to the title track “Infinity”, an underground pop venture with the same feel-good vibe but with catchy vocals that are sure to be stuck in the listeners head long after hearing it. Then the broken beat tracks “Beyond” and “Alien World” whisk you off to strange new worlds with interesting broken beat drum patterns and synths that keep the same harmonious vibe as the rest of the album.

Moving on to the second half of the album “The Grid” takes you straight to the dance floor with bouncy synth lines and tight grooves that is sure to keep the energy high. “Space” and “Sunset” present the liveliest tracks on the album that are perfect for those early morning sunrise moments if used in a set but also very pleasant to the ear for home listening. Arriving at our next destination to more slower jams with “Music Box” the minimalistic approach to the drums along with the pleasant melodies keeps everything woven tightly together until finally arriving to our final chapter. “Theta” brings everything effectively to and end with an ambient beatless experience that brilliantly wraps up the release and will keep the listener coming back for more.

The final message of the album leaves an impression of hope through the title “Infinity” that comes from what the artist calls a simple idea of a loop, the continuum of life, togetherness, and union, which he has seamlessly expressed through his own experience during a time of the unknown. As the listener takes an intimate tour of the album’s soundscapes, they will surely find the light at the end of the tunnel, either at the intimacy of their own home or on a sweaty dance floor. 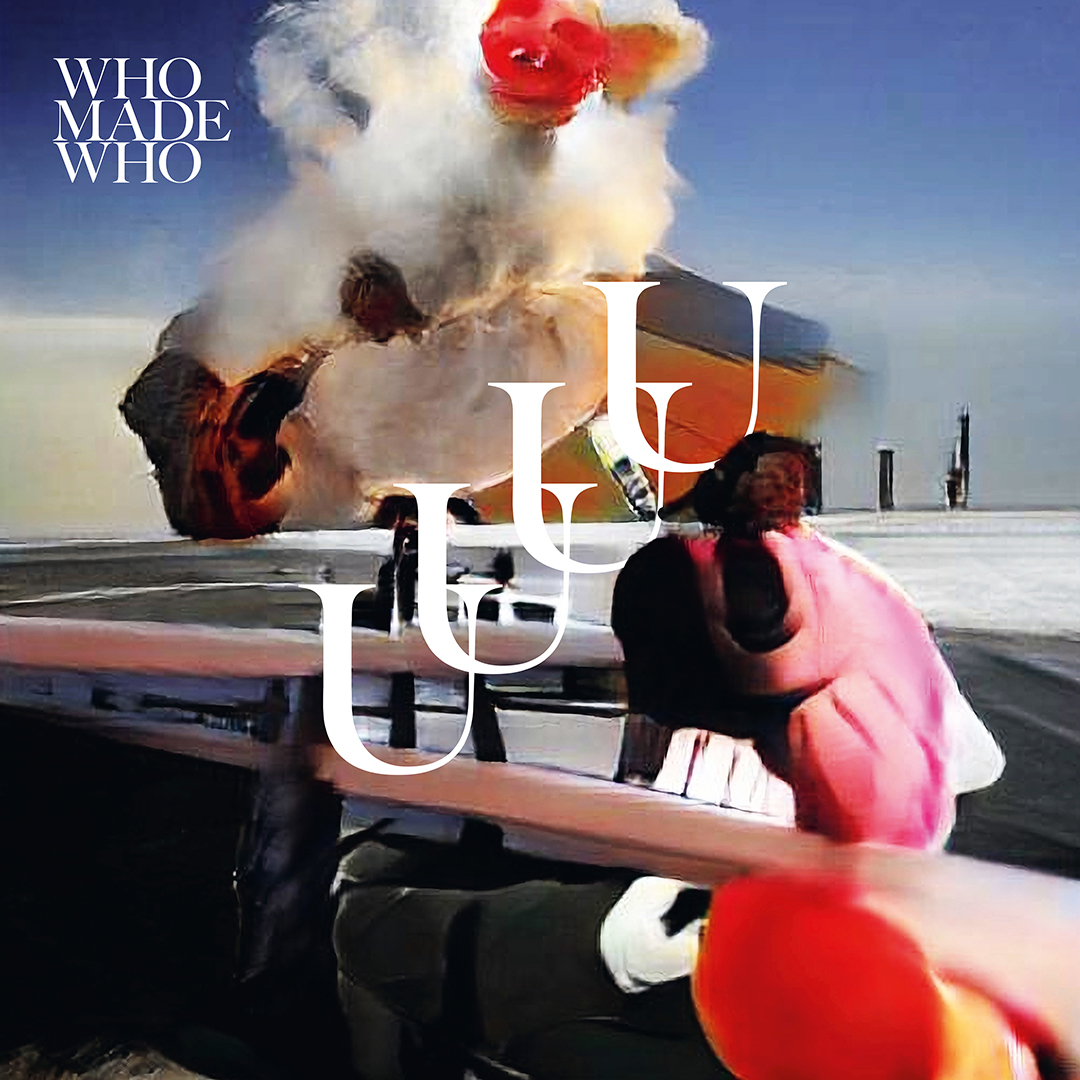 UUUU – the eagerly anticipated new long player from Danish band WhoMadeWho – is out now via Embassy One.   A beautifully crafted record exploring myriad sonic palettes across a deftly considered offering of stirring vocal electronica cuts, UUUU is the band’s seventh full-length studio album since forming back in 2003 and marks another career-defining moment for three artists whose collective creativity and musicianship knows no constraint.   A truly […]