This is Raidho’s second solo EP on Sol Selectas in addition to his tracks on two different Summer Sol compilations. He has also released tracks on other labels such as Bar 25 Music and 3000 Grad Records.

Based in Poland, Raidho is well-known for his flowing tribal rhythms and enchanting melodies which he blends with mystical atmosphere to create captivating tracks that radiate heat like rays from the desert sun.

AMÉMÉ and NenaHalena are two of the most exciting new talents in the Afro house scene. AMÉMÉ recently featured an EP on Crosstown Rebels and collaborated with Jamie Jones for a track on Cercle Records. NenaHalena boasts music on Stil Vor Talent, Saved Records and Hyena’s Rise Music.

LUM is an Argentinian artist living in Mexico and he is respected for his deep and trippy tracks on influential imprints such as Damian Lazarus’ Rebellion, along with previously featuring on Sol Selectas.

“Jaguar Dance” is the first of the original tracks and it opens with a suspense-building intro before breaking into the groove of an old Detroit classic that’s been pitched down and layered with Arabic horns and other ambient textures. It’s a modern take on a timeless classic that’s been transformed from techno into organic house.

AMÉMÉ and NenaHalena’s remix of Jaguar Dance is an Afro house rework with added percussion and their own synth stabs layered with a teasing section of the melody. The extended breakdown introduces the full melody in all its glory before reaching a spine-tingling crescendo just before the tribal groove kicks back in.

“Whispers” is the second of the original tracks and it’s a slow burner built around an organic percussion loop with hypnotic rhythms. Its trippy atmosphere features ethereal vocals, swelling synth pads and delicate melodies that combine to create a mystical vibe that flows with majestic energy.

West & Hill’s remix of Whispers adds additional breakdown sections while also giving a slight boost in tempo. It also brings more focus to the melody parts and adds some delicate guitar chords which add poignant emotion to complement the soothing atmosphere they have created.

“Slow Life” closes the release with its downtempo groove and psychedelic vibe which make use of spine-tingling pads and haunting synths that are truly mesmerising. Its melodic bass chords add to the ceremonial vibe of this epic track.

LUM provides two alternative remixes, the first of which is his up-tempo “Trespuntocero – Los Tigres Del Futuro Mix” which strips back the percussion to create a deep and techy version with added atmosphere. LUM’s “After Party Mix” takes a different approach and focuses on the original percussion with the addition of an acid-tinged bassline and the removal of the kick drum.

The artwork by Helia Jamali takes us on a journey through the heart of the jungle, in its chaotic, yet so organised state of being. 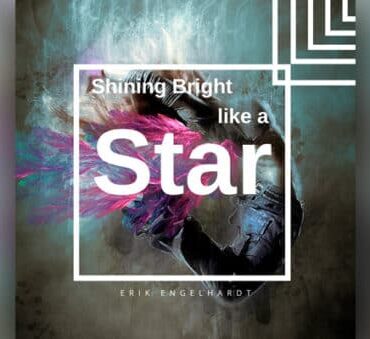 Erik Engelhardt shares a hard-hitting, high-energy EDM piece titled “Shining Bright Like A Star.” This one is guaranteed to be huge in clubs, while the German producer invites you to lose yourself in the rhythm as in the old-school rave days. Definitely, there’s an ominous Tech-Trance feel throughout the entire track. Setting up the mood with a blend of rampaging bass, thumping kick drums, synths galore, and catchy female vocals, […]