With so much respect and love for the game, producer Sair Bashir has finally set a date for the release of his most-anticipated EP titled “Club House”.

After a long career as a Hip Hop music producer, the prodigy decided to dare into the genre of House music back in 2019. Since then, he has been working on a couple of tracks, writing, producing, mixing, and mastering each one of them to make an outstanding project.
His EP, expected to release in October 2022, is inspired by Sair Bashir’s desire to keep the good vibes fluent throughout the music industry. “I have never met an angry dancer” – he commented.

The EP “Club House” follows through the musical styles and genres of Hip Hop and Electronic music. All the tracks from this project will remind you of the diverse styles in House music such as; House, Classic House, Club House, Soul House, Afro House, Tech House and Deep House. For Sair Bashir as a legendary music producer, this sound doesn’t come off as strange to him because he has been experimenting with house music since the early 90s. His fluid style has birthed several projects over the years including his famous Hip Hop album dubbed “One Stage Many Mics,” which featured many new and renowned rappers like; Pace One, Nyoil, Craig G, TOR from the legendary B.L.U.N.T.E.D Crew from New Jersey, JawnZap7, Verse Mega, Aces High, Guy Grams, Minlus, Dox Boogie, 9Gravity, Chuck Beezy, Strange Flo, and Misellaneous.

“Club House” is going to be a whole new encounter of what ingenuity lies within Sair Bashir’s craft. This EP is about to take over major nightclubs in the USA, Europe, and all across the world. It is a MUST-HAVE on everyone’s playlist. 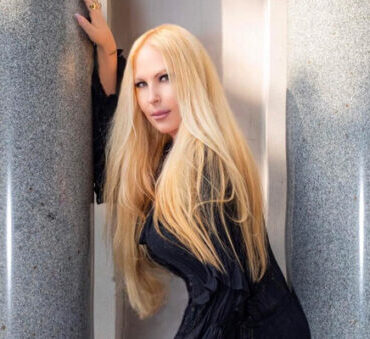 Karine Hannah’s new album ‘21st Century Pop’ is an amazing journey into the world of contemporary music. No matter how many times you listen to these covers, dazzling vocals and high notes make the whole material memorable! If you’re a fan of Miley Cyrus, Dua Lipa, Bruno Mars, Keane, Maroon 5, Olivia Rodrigo, and Kelly Clarkson, then it’s impossible not to love these reimagined versions that will have you singing […]