Sanctum and Ysquar3 proudly announce ‘Sanctum’, the title track to this new endeavor. An introduction to the forthcoming journey through The Sanctum.

With its spine-tingling progressions, ethereal vocal hits, and a mighty breakdown Sanctum is here to set the vibe and get the gears rolling towards a unique melodic techno experience.

YSQUAR3 studied Sound Engineering and kicked off his Performing & Producing career at 18. He began releasing music in early 2016 and his sound started to garner love and appreciation from industry professionals and fraternity. He has always been an avid producer, Keen to produce a multi-specialized sound but his love for Ethnic and Organic sound took him the ‘Techno’ way. With a Humongous Discography of 25+ four-to-the-floor euphony, Ysquar3 has been promising as a producer, delivering exactly what his audience wants. Things really took off in 2020, as Ysquar3 released ‘Dhara EP’ on Stan Kolev’s imprint Outta Limits and Revolt leading Beatport charts followed by a euphoric progressive banger that held position #1 in the House – iTunes chart in Ukraine and impressive positions in countries like Egypt, Netherlands, Portugal, and Sri Lanka. Named “Halahal” getting supported by big players like Edu Imbernon, Marcus Schulz, and Guy J to name a few. Ysquar3’s DJ sets are as consistent as they are diverse, constantly keeping energy levels and tensions high while shifting between cinematic techno, big emotions, and deeper, introspective moods.

Sanctum is an Avant Garde record label for Melodic techno presented by Ysquar3. With a mission to showcase Indian melodic techno talent to the world. It’s a concept record label with a fusion of art and industry standard representation of quality music and experiences.

Initially, Ysquar3 would be showcasing his releases as a setting stone for the Sanctum sound. So far, we have 8 releases planned in a sonic progression through the idea of Sanctum.
With our top-notch team behind the visuals we stand to give “releasing music” a more defined approach, and with plans to enter the NFT world with our unique artworks and visuals, it’s an ecosystem in progress. Followed by absolutely unique Audiovisual experiences in the future.

To tell you a bit about Ysquar3, he’s a veteran music producer, performer, and sound engineer, with ample experience in running an underground label (Yamlok), his vision behind pushing quality music speaks for itself as his releases have topped charts in many countries worldwide including Ukraine, Egypt, Netherlands just to name a few.

The post Sanctum and Ysquar3 proudly announce ‘Sanctum’ appeared first on Only Techno. 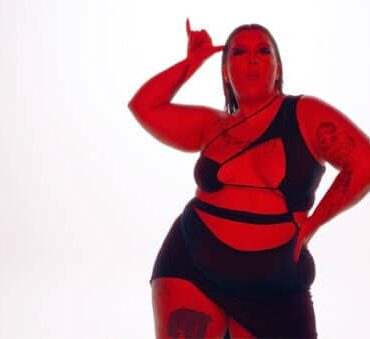 Lapili brings you the feminist anthem “Dirty Diabla” to protest against men’s complicity in violence towards women. The new Reggaeton hit reveals the bond between women and their struggles, while also promoting self-respect, acceptance, and empowerment. Moreover, through lyrics, she raises awareness about the archetype of women who are marginalized and demonized by their own society for not being good mothers or wives. Please take time to watch the entire […]