Studio 338 close out another spectacular season with their biggest quartet of festive events yet: It starts with the Sankeys £10 Xmas Rave on December 10th then an Abode Marathon on December 17th with a super line-up to come, then it’s the Release New Years Eve 13-hour party with Matthias Tanzmann, Richy Ahmed, wAFF and Seb Zito and then the legendary Sankeys New Years Day Rave with Steve Lawler, Bontan and more,  Tickets for these always sell out so get yours HERE.

Studio 338 has been at the centre of London’s nocturnal landscape once again this year. Winter season started with the sold out immersive Release Halloween special ‘The Ritual’ with Ilario Alicante. Last Summer also saw a diverse array of events from a heartwarming Jamal Edwards SBTV cook up to in-house parties like HOME with Raresh, a grand Space Mini Summer Festival with Kings of Tomorrow, a special Release Summer Mini Festival with Tania Vulcano and Steve Lawler and plenty of other unforgettable nights with brands and labels like Toolroom, Hospitality Records and Space.

There is still time for four more epic festive get-togethers, first of all on Saturday December 10th it’s the Sankeys £10 Xmas Rave which is an always high energy start to festive fun with the famously edgy club brand in town with DJs PAX, The Checkup, Andrew Kay and Riley.

Then it’s Saturday December 17th with the cult ABODE crew. No underground crew is as on point and in demand as this one. Their events are focussed on cutting edge music whether in London, at their own festival sites in the UK or abroad or over in Ibiza. Expect a mega lineup and 14 hours of bouncing beats on the terrace for this one.

Next up on the Terrace at 338 will be in-house party Release which is throwing possibly its biggest ever event across every room and lasting a marathon 13 hours, plus an after party at The Bridge. The flagship brand brings an unrivalled line up including a legendary and very rare 2 hour live set that will be announced soon, plus big room techno from wAFF, house grooves Richy Ahmed, garage-techno from FUSE man Seb Zito and the finest tech house in the game from Moon Harbour head Matthias Tanzmann.

Last but not least is the best possible way to start the year and that’s with a proper Sankeys Rave. Since this will be the first one of the year, expect out of this world production made specially to kick off 2023 in style. Playing will be firm favourites including underground hero Steve Lawler, frequent chart topper and Hot Creations associate Bontan, trusty resident Andrew Kay, Italian party starter Pirupa plus Reece Hussain and Ollie Bentley. 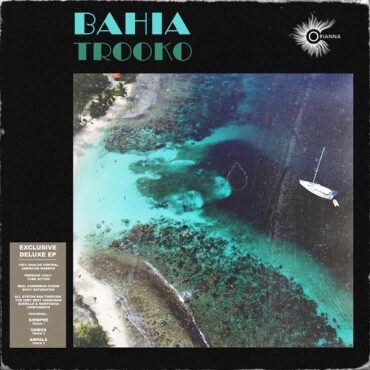 Heading into the 2022 Latin Grammys with three nominations, including his work with Bomba Estéreo on Deja (Best Alternative Music Album) and “Conexión Total” (Best Alternative Song), and with Residente on “This Is Not America” (Best Urban Fusion/Performance), Grammy, Latin Grammy, and SESAC award-winning producer Trooko releases his new Bahia EP and leading single “Vamos” via Sony Latin imprint Orianna. “Vamos”, the second release from the 3-track project, is a […]