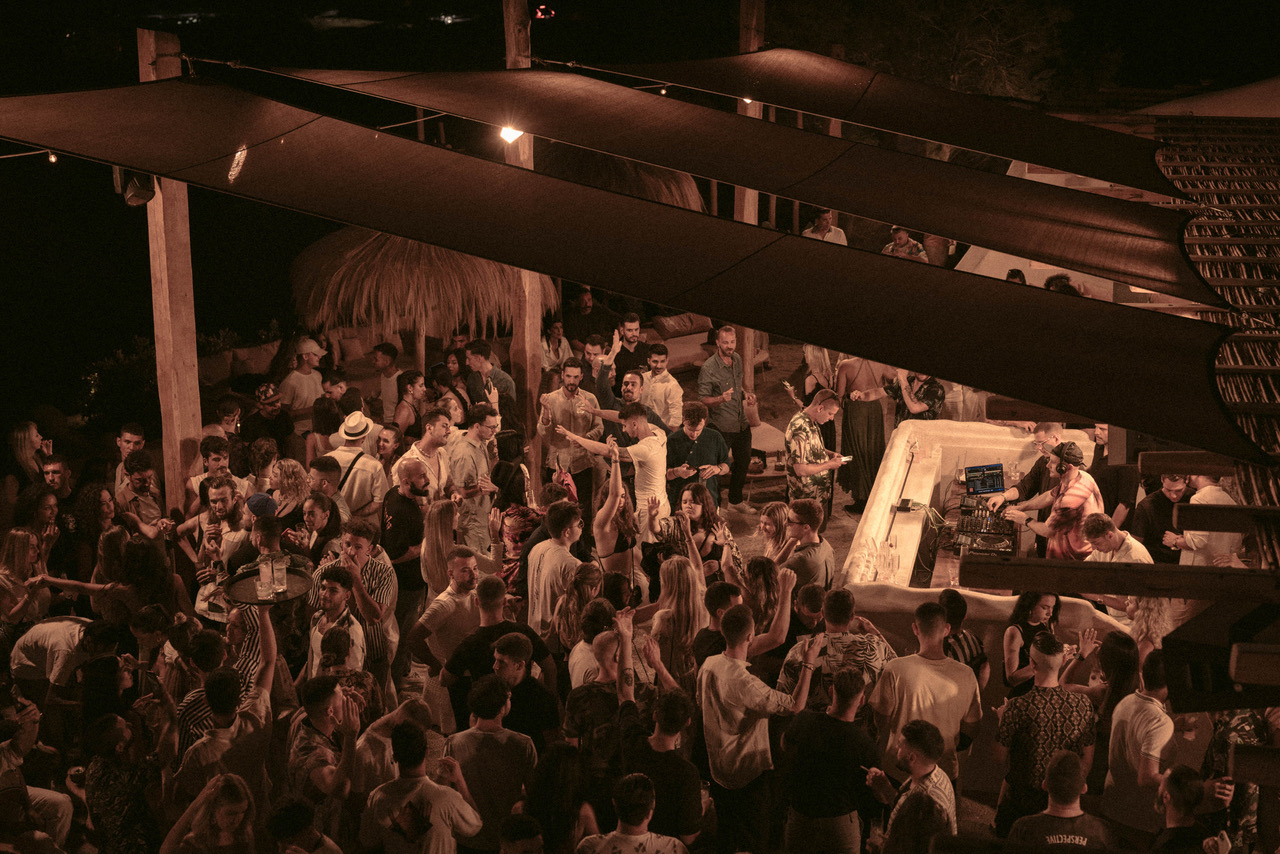 Global afro house ambassador THEMBA is heading to Fteliá by Pacha Group in Mykonos for an exclusive four date residency this summer. After kicking off in June, he is set to play once in July and twice in August. Head to here for tickets

THEMBA has very quickly risen through the ranks. After establishing himself at home in South Africa his global hit ‘Who Is THEMBA?’ announced him on the world stage. He has released his warm, deep and spiritual sounds on labels such as Armada Music, and in 2021 served up an ambitious and far-reaching album ‘Modern Africa Volume 1 (Ekhaya)’ which took him to another level. This summer he continues to play some of the world’s most notable clubs and festivals, as well as hosting his own Colours party in Ibiza.
Next to that, the compelling DJ is to play four more special parties at Fteliá by Pacha Group, which is on one of the wildest and prettiest beaches on the island of Mykonos, and welcomes the likes of Marco Carola, Solomun and Tale Of Us this summer. It is a real surfer’s paradise and a venue where luxury meets this nautical beauty with a world class sound system making for some truly special parties. He kicked off his summer sessions on Monday June 27th, then returns on July 12th, August 9th and August 16th, playing from 8pm until midnight after a warm up by Da Mike.
These parties offer the chance to catch an Afro house star playing extended four hour sets in a truly beautiful setting.

Pacha Group is a world-renowned lifestyle brand that operates in the music, leisure, entertainment, hospitality, fragrance, and fashion sectors, among others, with an international presence through its brands: Pacha Ibiza (nightclub), Destino Hotels, El Hotel, Casa Pacha Formentera, open beach club experience Fteliá Pacha Mykonos, and its modern-day cabaret dining experience Lio, that is being rolled out internationally. Pacha Group is committed to sharing the Ibizan lifestyle with the world; a carefree, fun, sophisticated way of life with creativity, music, and acceptance at its heart.

Banksia is fast cementing himself as one to watch. With a run of new releases and remixes scheduled over the coming months, it won’t be long until he becomes a name that sits in unison with some of the scene’s biggest players.  ‘It’s Been Done’ featuring breakthrough underground artist Self Tape sets a high standard with its adept rolling beats, low slung brooding bassline and vocal chops. The track sits effortlessly between underground  through to the perfect afterparty and festival […]