Thousands protest against planned ‘anti-rave’ laws in Italy Thousands of people flocked to the streets in Italy this weekend to protest against forthcoming laws that could see the criminalisation of unlicensed raves across the country, RA reports.

In plans chalked out by Italy’s new far-right government earlier this year under Article 633 bis, unlicensed raves in unoccupied buildings or fields could be criminalised and see organisers land up to six years in jail.

Thousands of people from cities including Rome, Turin, Bologna, Naples, Palermo, and Florence took to the streets on Saturday, December 17, to protest against new anti-rave legislations, creating the hashtag #smashrepression on social media to stand against forthcoming laws.

The new bill could be put in place by the end of December if passed through the government, an act that would also allow organisers to be wiretapped and pursued by police if thought suspicious.

Over 50 000 people will continue to demonstrate. Protesters noted they are going to be a ‘nightmare’ for the government.

New restrictions were announced after a 48-hour party took place in an abandoned warehouse in Northern Italy over Halloween weekend. The event was shut down by police, music equipment worth an estimated €150,000 was seized, and 14 people were placed under investigation.

The post Thousands protest against planned ‘anti-rave’ laws in Italy appeared first on Only Techno. 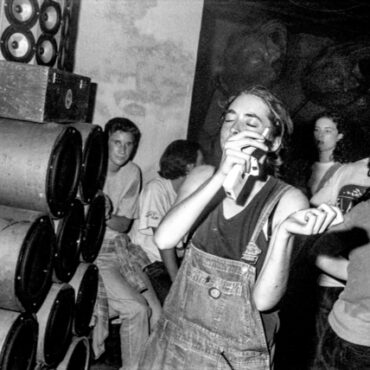 We are waiting for the publishing of a new book exploring ’90s rave culture and activism. ‘Exist To Resist v2.0’ will follow a first instalment of the book series by photographer MATTKO, aka Matthew Smith. Described as “a social history book”, the project, a press release says, was born out of Smith’s “love for the UK’s rave, sound system, and festival culture”. The book, press materials added, has been put […]