Tommy: Rising star Tommy Farrow remixes one of Grum’s latest tracks ‘Come Alive’, which comes as part of the Unreality album that dropped on August 10th. Tommy Farrow has had a sublime start to his career: from massive DSP editorial adds and being a cover star on UK House Music; heavy support on Radio 1/KISS from Danny Howard, Sarah Story, Pete Tong and having ’Hottest Record In The World’ on R1 in 2020 for his debut track ‘Let’s Just’ through to playing the iconic Reading/Leeds Festival this year.

Einmusik: Established Electronic music producer Einmusik lends his remix hand to Grum’s track ‘Come Alive’, taken from his recent album Unreality. He has recently graced the cover of Electronic Rising on Spotify, and has over 22 million Spotify streams across his top 10 tracks. He has toured extensively in 2022 at various international festivals and has also been supported by the likes of Diplo, Sofi Tukker and more. 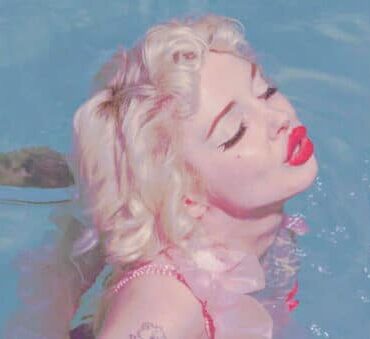 This Is Guaranteed To Make You Sing, “Dangerous Blue” By Glüme

Singing releases endorphins and other chemicals which make you feel better. However, only truly catchy songs achieve this effect on us. One great option is “Dangerous Blue” by Glüme aka the ‘Walmart Marilyn Monroe.’ The “What Is A Feeling” singer returns with a music video that will literally blow your mind. It’s incredible how a swimming pool becomes the perfect scenario where the magic happens. Without a doubt, her talent […]