Following up the success of his recent three-track ‘Inception‘ EP, German-based producer Unseen. continues making his mark in the melodic techno scene with another amazing release “Inhale”, this time in a collaboration with Greek producer Freeman & vocalist Lacularis.

The trio combined forces to deliver 7 minutes of techno euphoria, which you can clearly feel from the wide and heavy sub-baseline, powerful synths, and hypnotic vocals, making it a true dance-floor gem.

One of the fastest-rising and promising upcoming techno artists of 2021, Unseen. is having an even bigger 2022. With banging releases month after month, he has been gaining traction from all around the world and in order to further advance his music vision in February of this year he started his own imprint “Lelantus Records”.

With an even bigger 2023 in sight, Unseen is definitely one of those artists you shouldn’t be sleeping on.

Don’t just take our word for it, though, be sure to check out the track below and follow Unseen. here to keep up with future endeavours.

Inhale is now available exclusively on Beatport as a pre-order and drops this Friday (the 4th of November) on all of the streaming platforms. 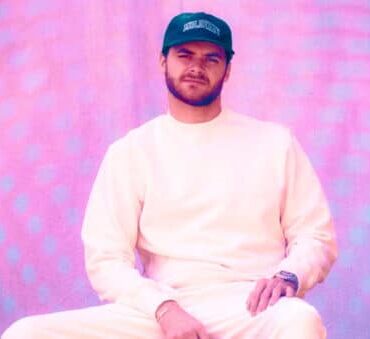 Get In A Groovy Mood With “Fall Tonight” By Justin Caruso

Justin Caruso delivers a song that is radio-friendly, danceable and has great instrumentation. “Fall Tonight” will put you in a groovy mood without delay, and the accompanying music video just makes it possible. The Los Angeles-based producer brings so much joy to the world as “Fall Tonight” features a funky bassline, which is complementary to violins, synths, and, of course, the haunting female vocals of Tayla Parx. Continue reading Get In […]