A warning about champagne contaminated with ecstasy in Europe that is behind one death has been extended.

More than three months after the alarm was first raised, authorities believe another lot code of Moët and Chandon Ice Imperial could be affected.

The Federal Agency for the Safety of the Food Chain (FASFC) in Belgium said a police investigation, which involves Europol, has revealed that a second lot number may also be contaminated.

The alert initially covered Moët and Chandon Ice Imperial 3 liter with lot code LAJ7QAB6780004. This code can be found on the label on the back of the bottle. The updated warning includes bottles with lot code LAK5SAA6490005. Products were sold online and in a few physical outlets.

Eight people, aged 33 to 52, fell sick in mid-February in Germany and one died. There have also been four illnesses in the Netherlands.

Signs of adulteration
Agencies across Europe including the Netherlands Food and Consumer Product Safety Authority (NVWA), the Environmental Health Directorate in Malta, Italian Ministry of Health and the General Directorate for Competition Policy, Consumer Affairs and Fraud Control (DGCCRF) in France had previously warned the public about the problem.

Officials believe the bottles were tampered with as the corks do not match those used on the legitimate product. Bottles appear to have been emptied of champagne and then filled with pure liquid MDMA. The problem did not occur at the site of the producer, Moët Hennessy.

Laboratory analysis on a champagne bottle from the restaurant part of the German incident found it contained MDMA, also known as ecstasy.

The liquid in the bottle was a reddish/brown color. Contents had an aromatic-fruity smell, although this was described by investigators as not “champagne-like.” It contained no carbon dioxide and did not bubble, as is normal for champagne.

FASFC said the origin of contamination is not yet known and it is possible that other bottles of the same brand may also contain ecstasy.

Authorities told people not to taste the product if they think they have a suspected contaminated bottle.

The post Warning expanded: Ecstasy in Moët champagne; one dead appeared first on Only Techno. 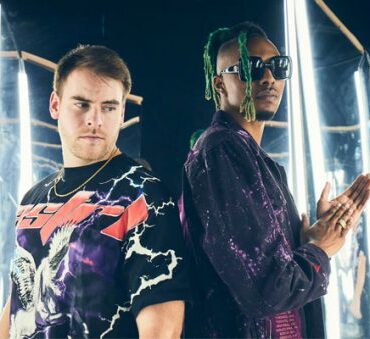 SAYMYNITTI is the surprise combination of two world-class DJs and producers, the Godfather of Hard Trap SAYMYNAME and 10x Platinum/Diamond-certified producer Nitti Gritti. The newly formed duo have just released their debut single “BING BONG” via HARD Records. In an industry that moves at a blistering pace, DJ/Producers SAYMYNAME and Nitti Gritti have tirelessly worked to remain atop the dance music hierarchy. Inheriting their versatile talents and knack for creative […]